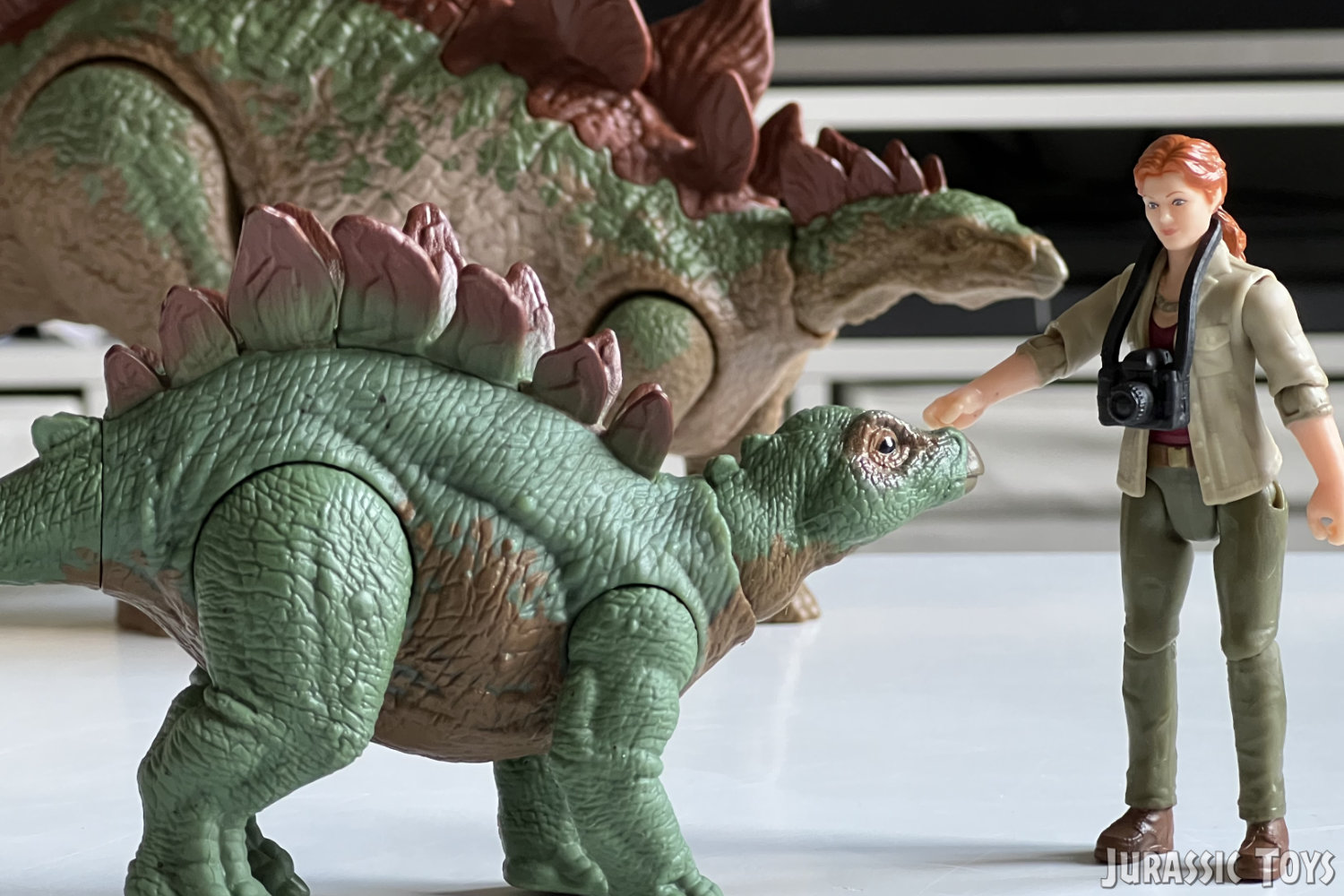 Since 2018 when Mattel inherited the Jurassic World license, they’ve been pleasing Jurassic fans with their Legacy Collection subline. This line mostly takes its inspiration from the first three Jurassic Park films with big hits like the Comic-Con Exclusive John Hammond, Brachiosaurus, the T-Rex Escape pack with the Ford Explorer tour vehicle and the recently released Isla Sorna Capture Pack with Roland Tembo.

The latest Legacy set that Mattel is adding to their Legacy line is the Sarah Harding and Stegosaurus Pack, directly inspired by The Lost World. I found this set at a toy store while on vacation in France. This was quite the surprise since the set has not been release yet (at the time of writing) in any other country so far.

The toys come in a box designed to look like the Mobile Command Center as seen in the film. In the box is an adult Stegosaurus, which is similar to the first Stegosaurus released by Mattel in 2018, but now in paint scheme to resemble that of the 1997 Stegosaurus. A young Stegosaurus is included as well, directly inspired by Stan Winston animatronic as seen in the movie. The star of this set is dr. Sarah Harding, greatly resembling actress Juliane Moore. She comes with her camera, just like in the movie and just like the Kenner figure back in 1997.

This set is a must have for fans of The Lost World. The all new sculpt of the baby Stegosaurus and Sarah Harding make this a collection-worthy set, complete with its Mobile Command Center display case and interior diorama background.