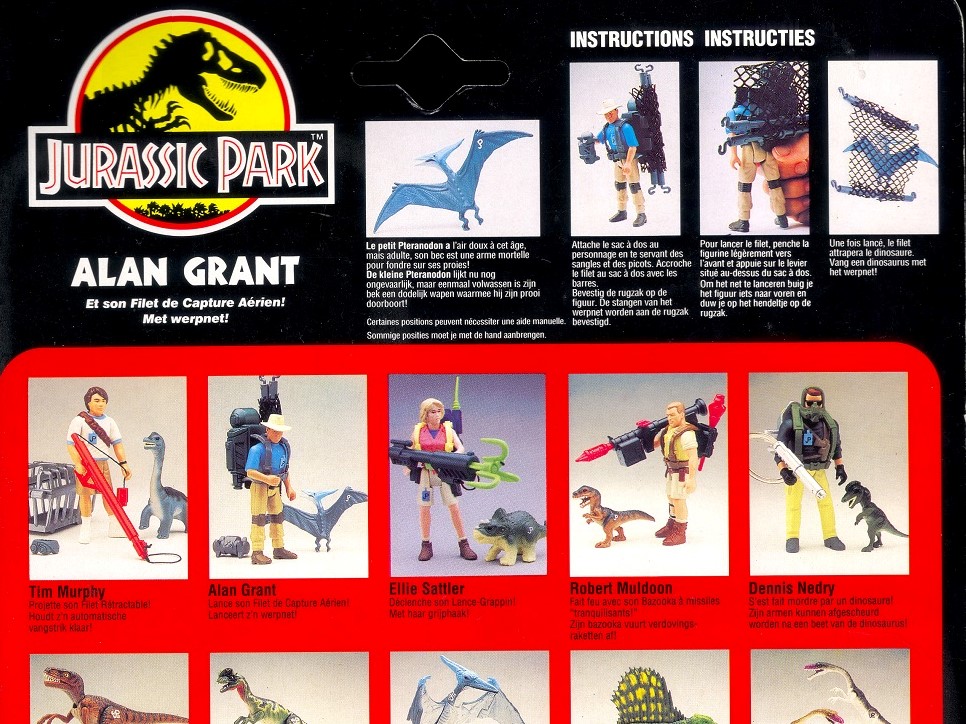 The eighties were a much different time, especially for the toy industry.  The companies back then were much less subtle about cross selling their products. The He-Man, Transformers, G.I. Joe, My Little Pony and many other toy lines were all tied to a cartoon show with the purpose to push toy sales.

In the early nineties things were changing  to make it less obvious, because of complaints by parents and child advocacy groups. But that didn’t stop the major toy companies from influencing children to buy more of their licensed toys. Miniature toy catalogs were often included in larger play sets, but the most obvious way of letting kids and parents know about their other products, were the printed card backs of action figures. Kenner was no exception to do this and featured printed card backs with their assortment of dinosaurs and action figures on all of the Jurassic Park and The Lost World toys.

Nowadays card backs no longer advertise products from the same toy line and are now printed from top to bottom with safety instructions and copyright notificatioin almost every possible language.

Do you think these old style card backs should return? Leave a comment below!

3 thoughts on “The lost art of card backs”