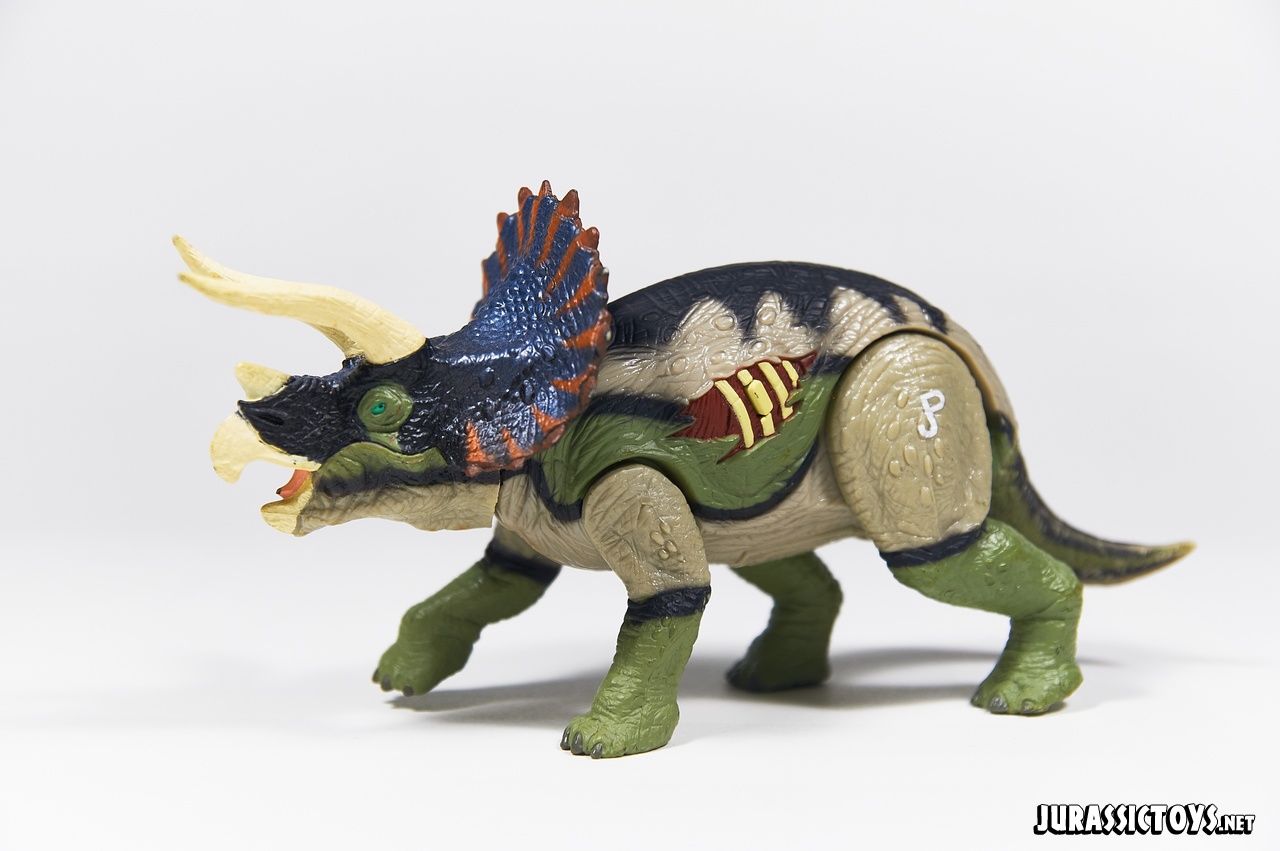 Of all the repainted Jurassic Park dinosaurs lines, this is probably my favourite, with the Triceratops being in my top 3 of repainted dinosaurs.

The colours on this Triceratops are bright, with green and grey tones on its body. It’s head crest has an almost metallic blue colour with red/orange markings.

The sound effects are identical to the ones from the original Jurassic Park III version.