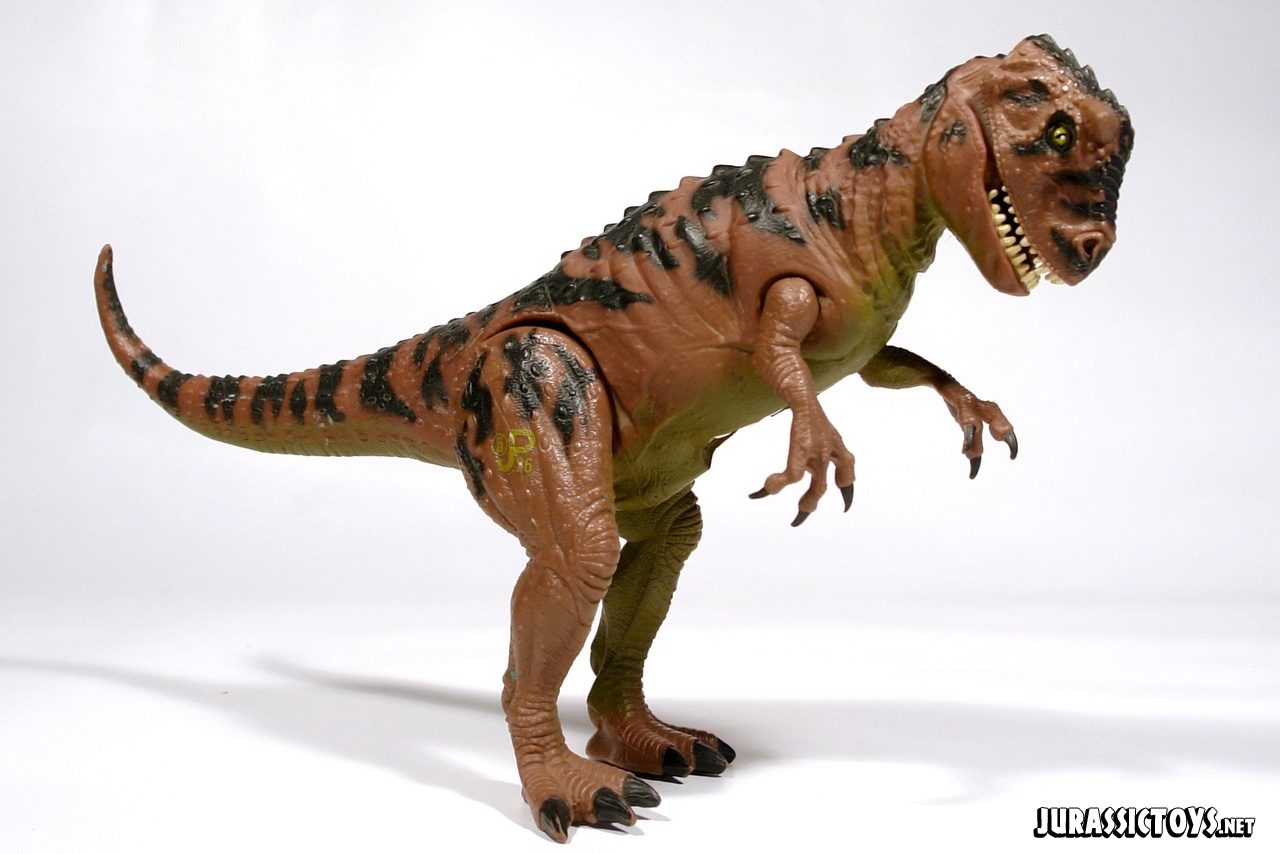 The Jurassic Park series 2 Carnosaurus is one of the most popular Jurassic Park toys ever. They are very hard to find and when they do pop up on eBay, you’ll have to check your Paypal balance before hitting that “buy-it-now” button…

Kenner released a second Carnotaurus dinosaur in 1997 for its The Lost World: Jurassic Park toy line. It looked nothing like the original Carnotaurus released a few years earlier. It’s a lot bulkier, no soft “dino-skin” and is painted in a boring brown color. The 2 horns above the eyes are unpainted, making them very hard to stand out.

The mouth of the dinosaur opens way too wide, giving it a very creepy, unnatural look. I guess this has been done on purpose because they nicknamed it “bone breaker”. The dino-damage wound on the stomach was unnecessary or at least out of place.

There’s no Carnotaurus in the movie, however in Michael Crichton’s sequel novel, they play an important role in the Ingen workers village chapter near the end of the book.

I got my TLW Carnotaurus in a bigger lot that I purchased years ago on eBay. It didn’t come with its capture gear or skin piece, but even complete it would stil be, in my opinion, one of the uglier dinosaur figures released by Kenner.