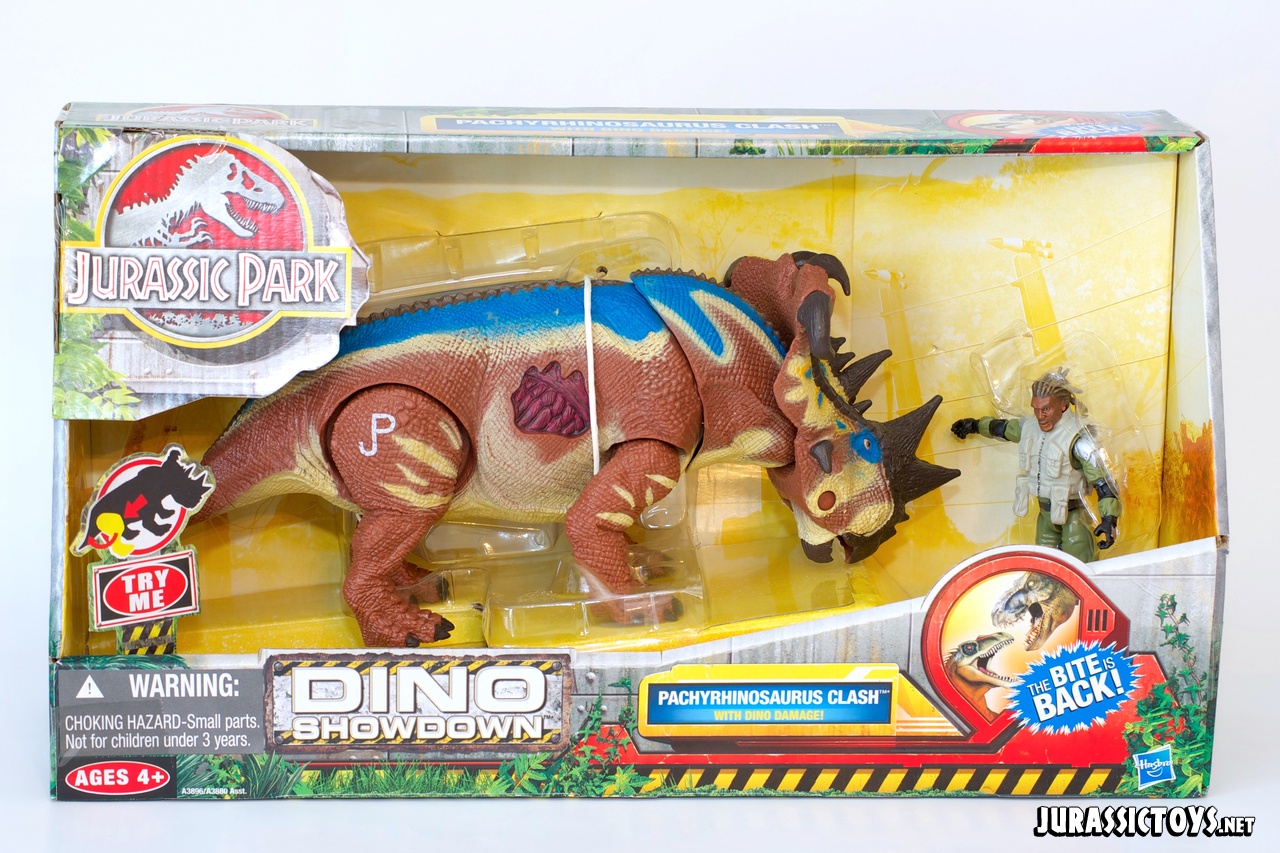 Look what recently came in the mail! Finally got my first set from the 2013 “Dino Showdown” line.

First thing I noticed was how big it actually is, I expected it would be much smaller. It’s definately bigger than the Biters & Bashers dinosaurs from the Jurassic World line and also looks better. The paint job and details pull off what  the JW line is lacking.

The action figure called “Gunner Gordan” is not part of the Jurassic Park cinematic universe but looks really good with lots of painted details. Appearently Hasbro used the sculpt of an unreleased G.I. Joe figure.

The artwork on the side looks pretty neat too. The other graphics and logos kinda remind me of the Dino Quest sets from Chap Mei…

I’m really pleased with this set and look forward to get the Allosaurus from the same line as well.