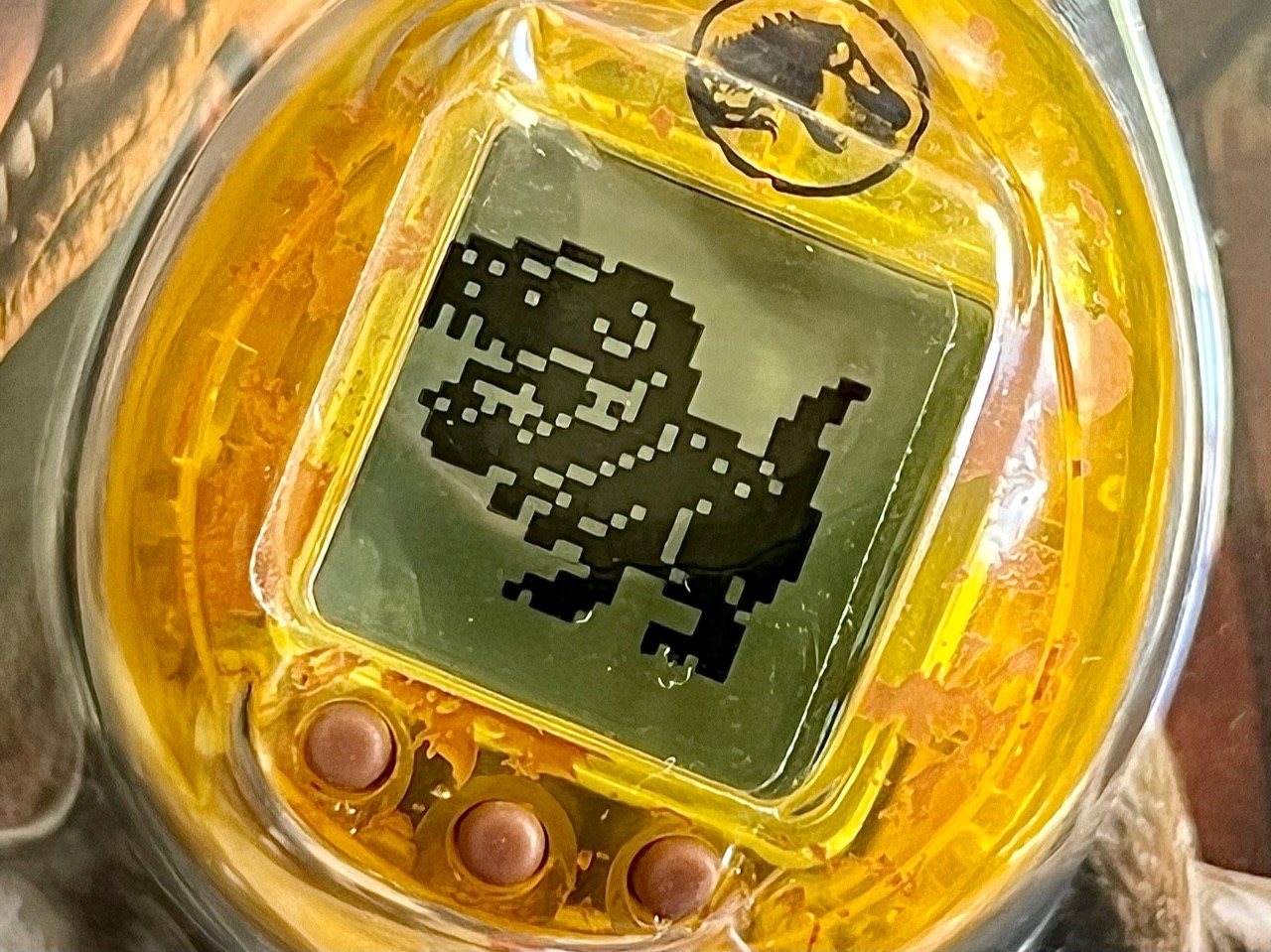 If you’re of a certain generation, you’ll remember the Tamagotchi hype from the mid 1990’s. Everyone was going crazy for the virtual pets that were created by Bandai in Japan. Soon, many other companies jumped the bandwagon and made similar toys in all shapes and kinds.

The premise of a virtual pet is that you take of a virtual pet like a bird or dog that needs to be fet, entertained or played with at regular times to prevent it from “passing away”. The success of these virtual pets was so huge, that companies started releasing licensed versions, which included Jurassic Park’s 1997 sequel: The Lost World.

American based company Tiger released a Giga Pets line which was directly inpsired by Tamagotchi. In Japan, Tsukuda Original released Jurapets, inspired by The Lost World . The toy was shaped like an egg and available in different colors.

Over time, virtual pets seemed to have gone extinct with the rise of mobile games and lost of interest. But it seems Bandai is now (trying) to approach a new generation players with a new line of original Tamagotchi toys. Dozens of new versions of their virtual pets are already available which now also includes the Jurassic World: Dominion license.

Players can play with numerous dinosaurs from the Jurassic World sequel, including Pyroraptor, Dimetrodon, Quetzalcoatlus, Beta and Giganotosaurus.

The Jurassic World: Dominion Tamagotchi is currently being sold on many Japanese webstores and is available in two colors. Check out the amber-colored version:

This post was not sponsored or endorsed by Bandai or Univesrsal Pictures.