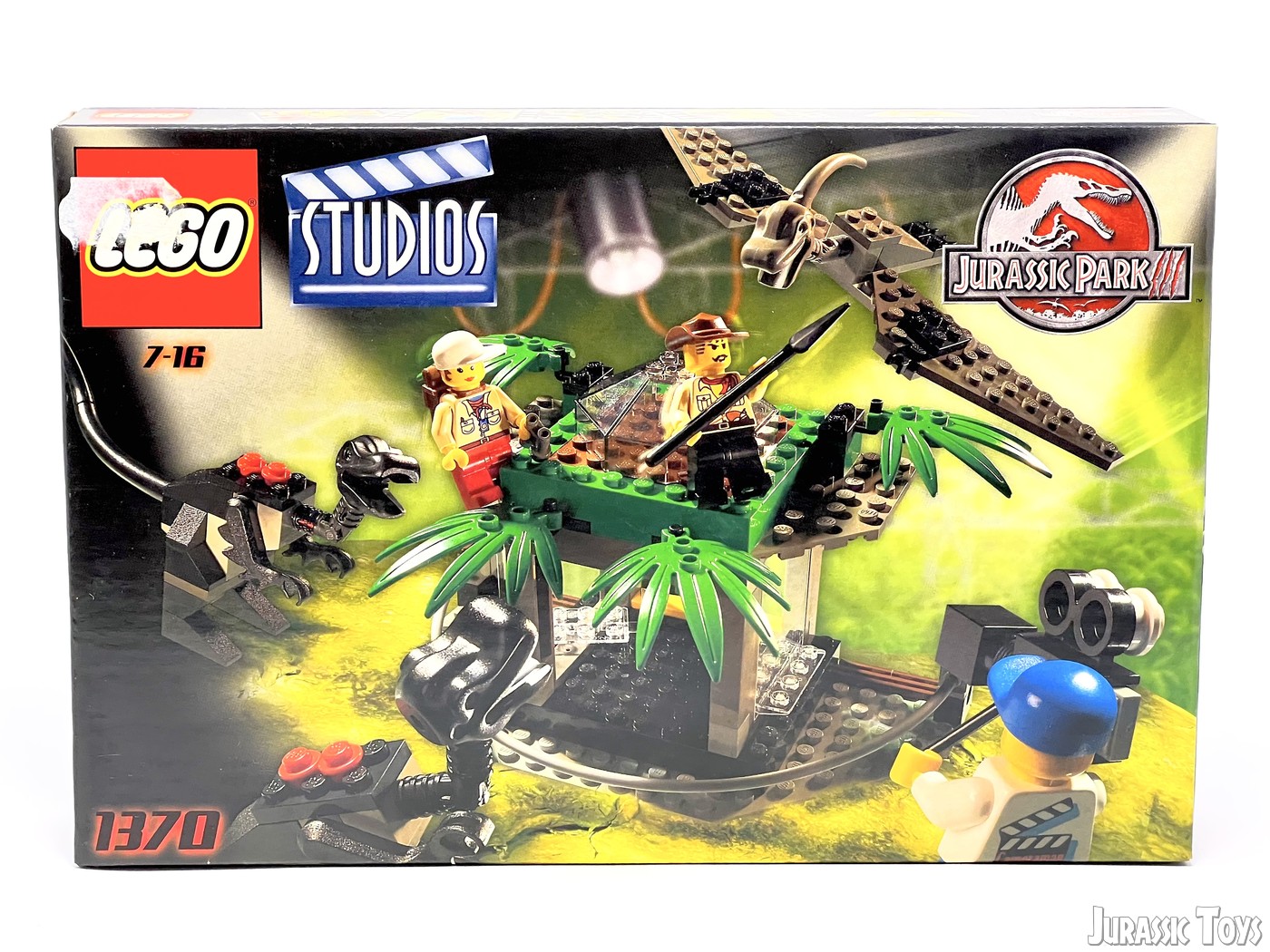 Jurassic Park III turned 21 on July 18 and while that’s a great excuse to look back at the (mediocre) toy line that was released by Hasbro to accompany the film’s release, there’s another major toy company that helped build anticipation for the third Jurassic film: the LEGO Group.

In the early 2000’s there was no such thing as movie-inspired LEGO sets like we have now for Harry Potter, Ghostbusters, Back to the Future, Jurassic World and many more. With Star Wars being the only exception which had an X-Wing turned into a brick model in 1999, followed by sets from the prequel films.

But then the LEGO Studios Movie Maker set was released. The set came with an actual webcam-type camera that kids could hook up to their computer and make stop motion videos with specially designed software. The LEGO Studios line was endorsed by Steven Spielberg, which helped getting LEGO’s second IP license: Jurassic Park III…

These sets were actually based on two major scenes from the movie: the attack of the Spinosaurus on Udesky’s crashed plane and a pack of raptors and a Pteranodon attacking the “actors” of the LEGO Studios who are standing in for Amanda Kirby and Alan Grant. Each set also came with a cameraman to highlight the movie making aspect of this line.

For today’s standards both sets look not as polished. Unlike current LEGO Jurassic World sets, the dinosaurs are not premolded and were made – by LEGO tradition – of then existing pieces, making them look a bit odd compared to today’s LEGO dinosaurs.

Both LEGO Studios Jurassic Park III sets are in the Jurassic Toys collection. Check them out here: