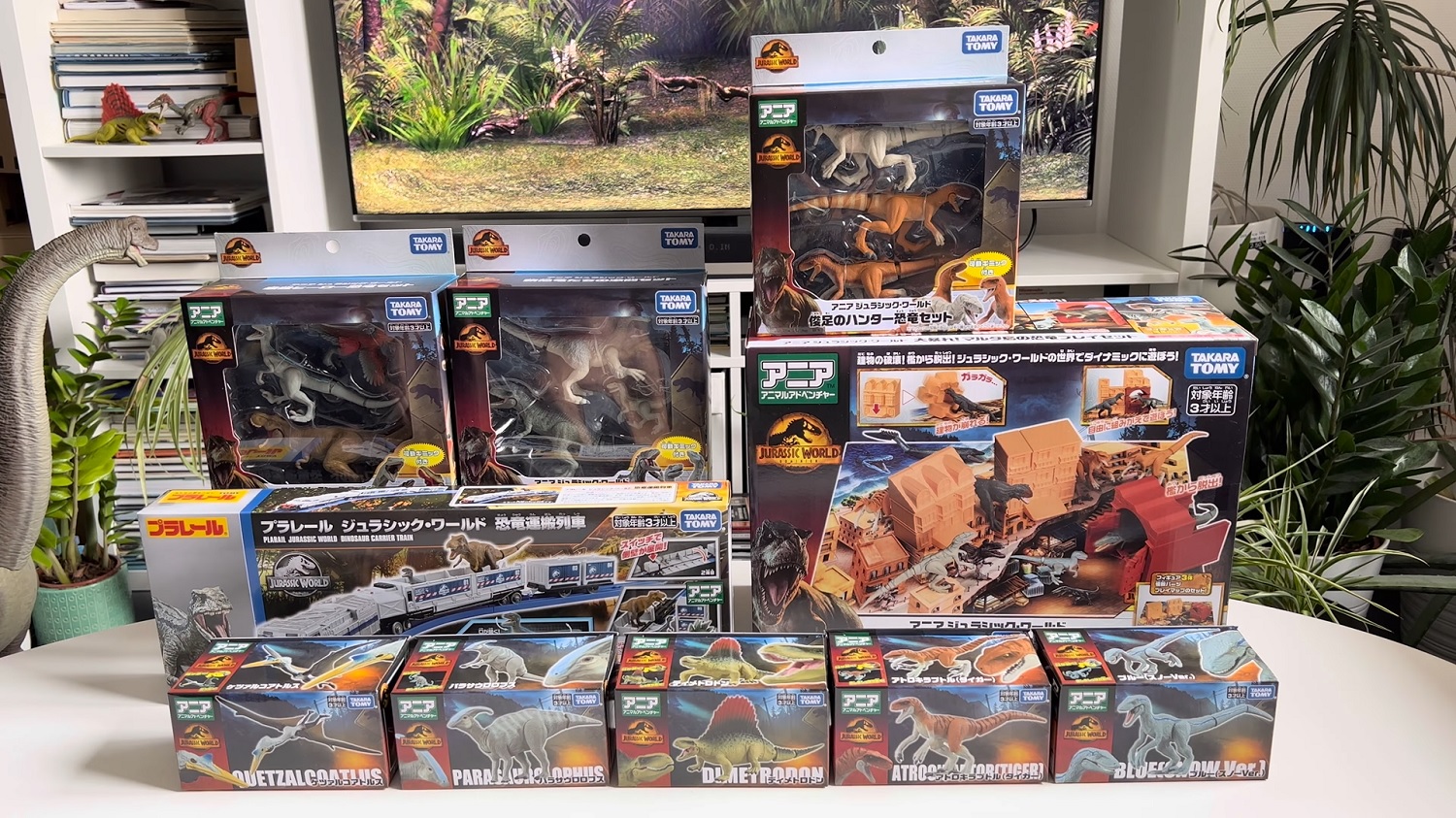 ANIA Jurassic World toys are made by TAKARA TOMY in Japan. They are best known for introducing the world to The Transformers in the 80’s.

Over the course of 4 years, there are now more than 35 different dinosaur species released by TAKARA TOMY through their animal-based line ANIA. Classics like T-Rex, Velociraptor “Blue” (both adult and baby form), Indoraptor and Indominus Rex are out there but also the stars from Battle at Big Rock – Allosaurus and Nasutoceratops – and Bumpy from Camp Cretaceous are part of the ANIA line.

Now for Jurassic World Dominion, which will be released in Japan on July 29th, new dinosaurs and play sets inspired by the film are appearing in Japanese stores.

The latest ANIA additions include:

Wonder what these toys look like hands-on? Check out this Jurassic Toys review video:

ANIA Jurassic World toys can be purchased through resellers on eBay and on Japanese webshops, including Amazon and many others.

This post was not sponsored nor endorsed by TAKARA TOMY or any other commercial partner.