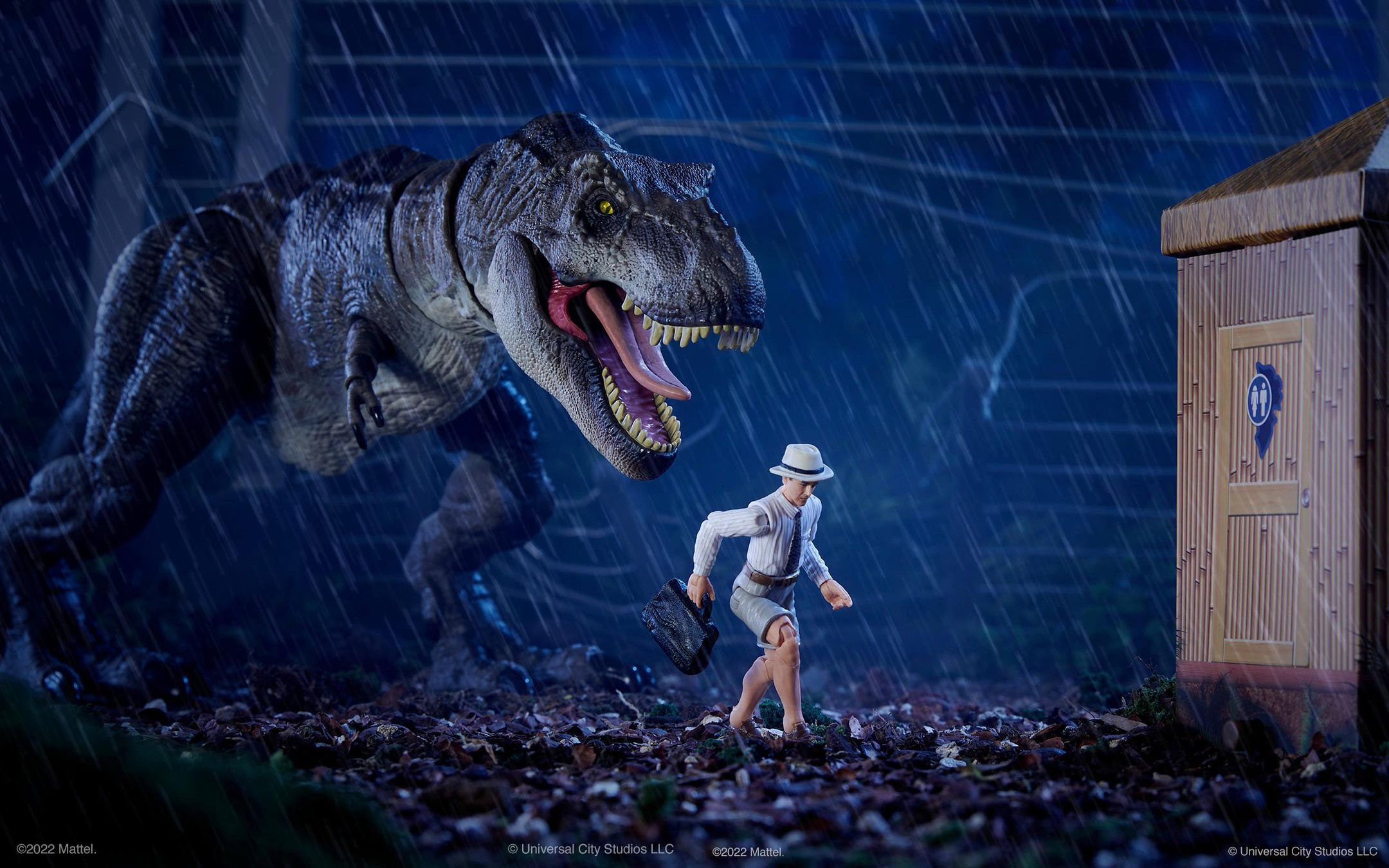 It’s a great time to be a Jurassic fan. Mattel, who inherited the Jurassic-licence in 2018 for Jurassic World: Fallen Kingdom, hasn’t limited its designers to the current franchise. Dozens of dinosaurs and other toys from the latest films were produced from Acrocanthosaurus to Zuniceratops, there seems to be no stopping.

While most of these toys are heavily marketed towards kids, Mattel has since 2018 servicing longtime Jurassic Park fans as well. Many dinosaurs, vehicles and action figures from the past movies found their home in the Jurassic World Legacy Collection line and on top of that, the brand new “Hammond Collection” brings higher quality and more detailes figures and dinosaurs to life.

But before the Hammond Collection was introduced, Mattel found their way to the hearts of Jurassic Park fans through their convention-exclusive figures. In 2019, only a year after Mattel’s first Jurassic World wave, they released their exclusive John Hammon figure, complete with hatching Velociraptor. A year later, Dennis Nedry packed in a Barbasol can came to be and last year Ray Arnold was, for the first time, turned into an action figure. Two months ago, a wounded and bare chested Ian Malcolm figure was also revealed with shipping later this year. This is Mattel’s fourth convention-exclusive toy that’s directly inspired by the 1993 Jurassic Park movie.

But they’re not stopping there. Yesterday, by total surprise for many, Mattel announced a San Diego Comic Con exclusive play set from yet another iconic Jurassic Park moment. Everyone remembers when bloody-lawyer Gennero sprints out of the Ford Explorer, leaving Tim and Lex behind to take shelter in an outhouse, right next to the T-Rex Paddock. This is where he meets his end with the T-Rex crashing through the bamboo panels and and making its first human kill on screen.

The Jurassic World Hammond Collection Outhouse Set brings this moment in an amazing set featuring lots of details and references.

The 3.75″ inch scale Donald Gennero figure is dressed in khakis, shirt & tie and comes with a hat and briefcase, just as in the movie. Also included in the set is the new Hammond Collection T-Rex, now with a rain-splattered deco. To complete the set, a park sign, a toilet with light and sound effects and a cardboard outhouse make this a spectacular addition for any diehard Jurassic fans.

Mattel’s Jurassic World Hammond Collection Outhouse Chaos Set is luckily not limited to San Diego Comic Con visitors, anyone will be able to purchase this set through the Mattel Creations website on July 11. And yes, they ship international.