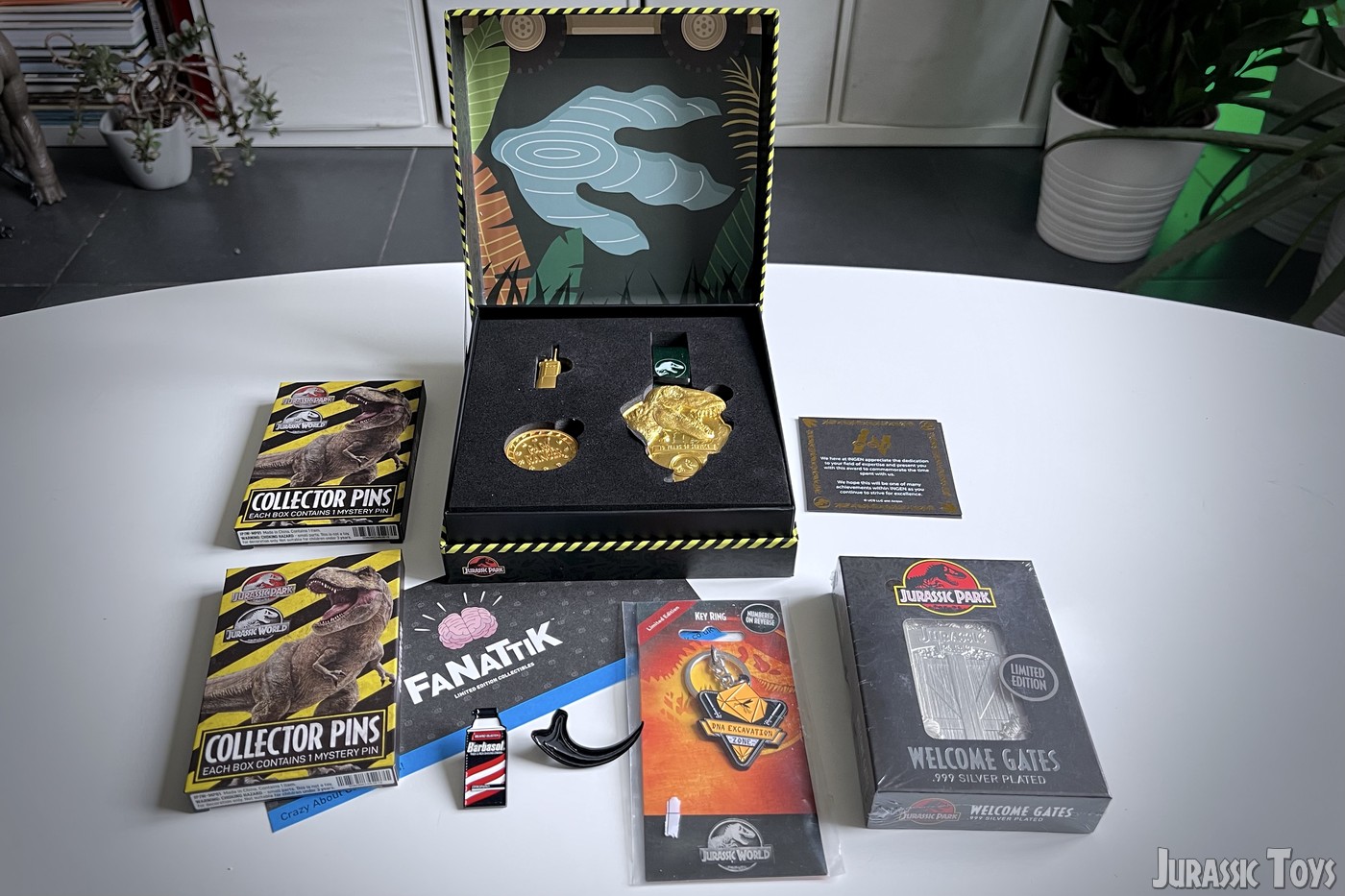 To celebrate the first day of Jurassic June, I’m unboxing a new Jurassic mystery box, prodived by Fanattic! They are THE British manufacturer of movie memorabilia and collectibles, who were kind enough to send a mystery box filled with amazing Jurassic Park and Jurassic World merchandising.

One of the great “lines” of Jurassic merchandise that Fanattic has been putting out for quite some time are “expanded universe” items, like the very well known golden and silver park tickets. These items add to the fantasy that Jurassic Park and Jurassic World are real life places, like the Park Ranger Service award that’s included in the mystery box. Can you imagine working for 10 years at Jurassic Park and getting the service award handed over to you by John Hammond?

Fantattic loves to make metal merchandise that’s often gold or silver plated and they look amazing. The Jurassic Park gates ingot is one of those items that was first introduced in a golden version but due to its popularity, a silver plated version was made as well. It comes with a stand and is individually numbered.

Keyrings are another Fantattic speciality and they made some really nice ones for the Jurassic movies as well. Included in the mystery box is the DNA excavation zone keyring featuring a mosquite enclosed in amber.

And finally two pins in blind boxes were inside the big mystery box. They are inspired by both Park and World and feature key moments, dinosaurs or objects from the films. I had secretly hoped for Jurassic Park-inspired pins and boy did I get rewarded! Alan Grant’s raptor claw and the Barbasol can were the two pins that I pulled out of their blind boxes. LOVE these!

Check out the unboxing video:

Many thanks to Fanattic for providing these items. All items featured in this post can be purchased on the Fantattik website.