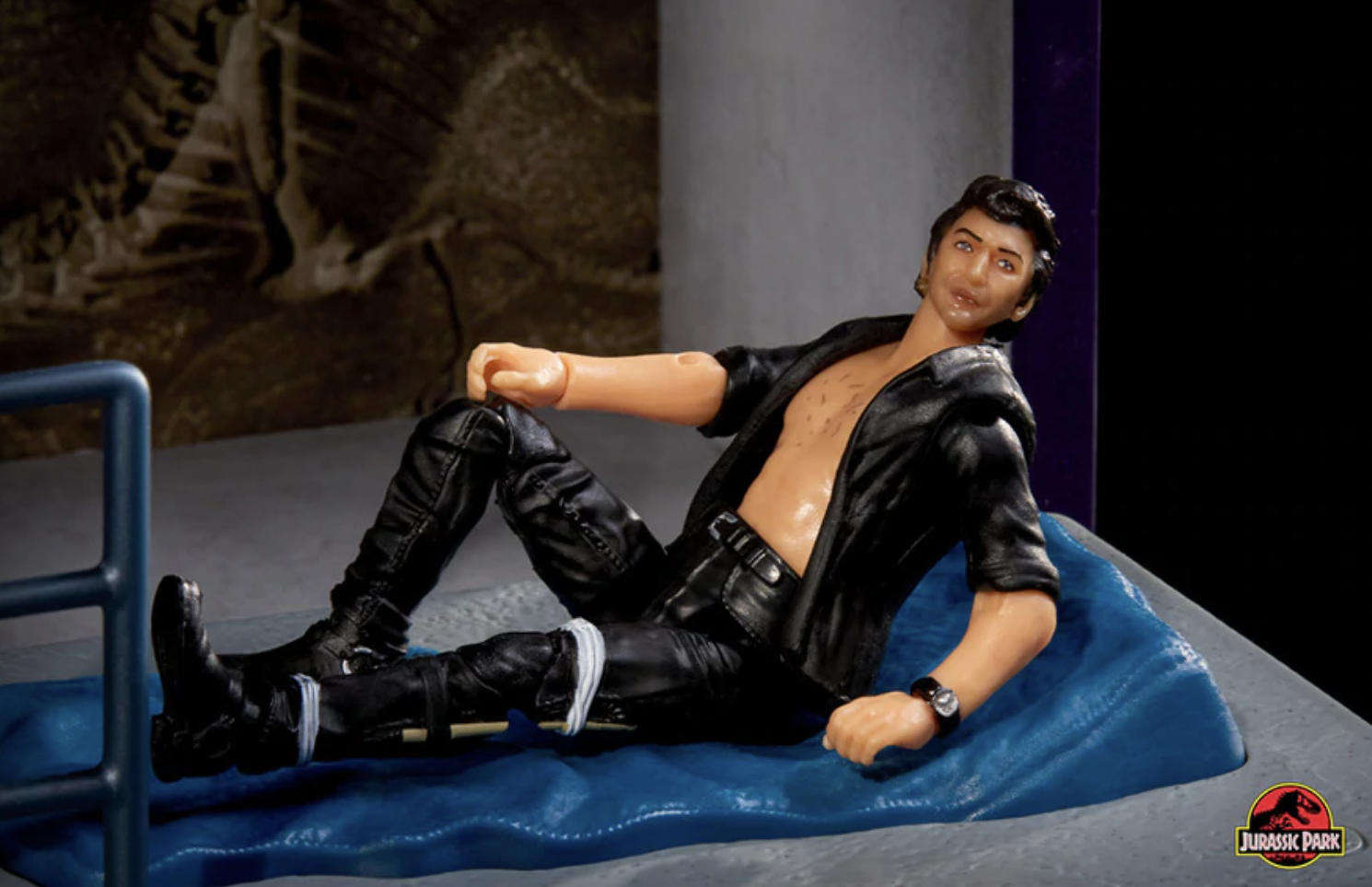 Mattel made the perfect description for this limited edition figure which comes with a diorama base and sound & light effects.

Our designers were so preoccupied with whether they could, they didn’t stop to think if they should. Thankfully, they went all out. This posable figure comes encased in a faux book (not prehistoric amber) that opens to depict the famous scene. It also features mood lighting effects and a sound feature with eight Ian Malcolm quotes.

On Instagram Mattel posted a photo of Jeff Goldblum himself giving his seal of approval.

The LE figure retails exclusively for 25.00 USD on the Mattel Creations webshop.