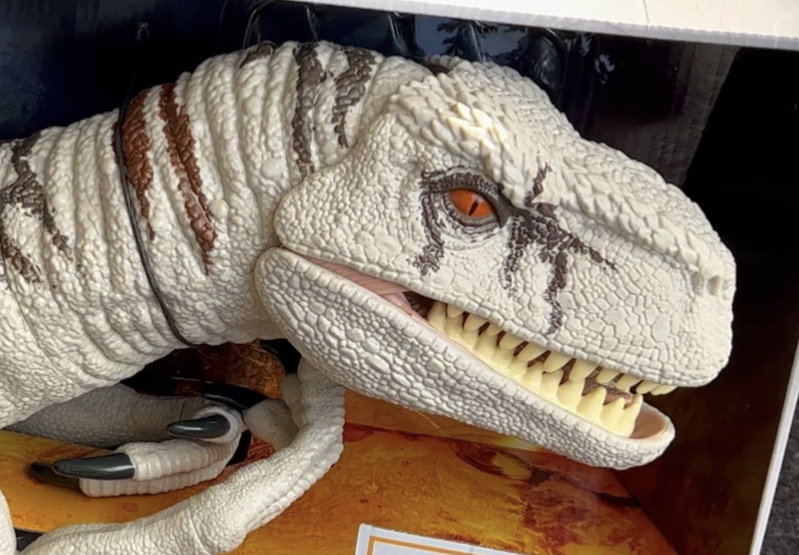 The Super Colossal T-Rex was among the first few dinosaurs I purchased back in 2018 when Jurassic World: Fallen Kingdom was released. Since then Mattel has released quite a few more Super Colossal dinosaurs like Indominus Rex, Velociraptor Blue and Carnotaurus “Toro” from Camp Cretaceous.

For the new Dominion film, Mattel is putting out even more of these oversized dinosaurs. Giganotosaurus was again one of the first dinosaurs I purchased from this new toy line. And the other day another colossal arrived: Atrociraptor which was known as Speed Dino in early reseller lists to avoid spoilers.

Check out this @Jurassic.Toys TikTok video for a quick look on the new Super Colossal Atrociraptor.