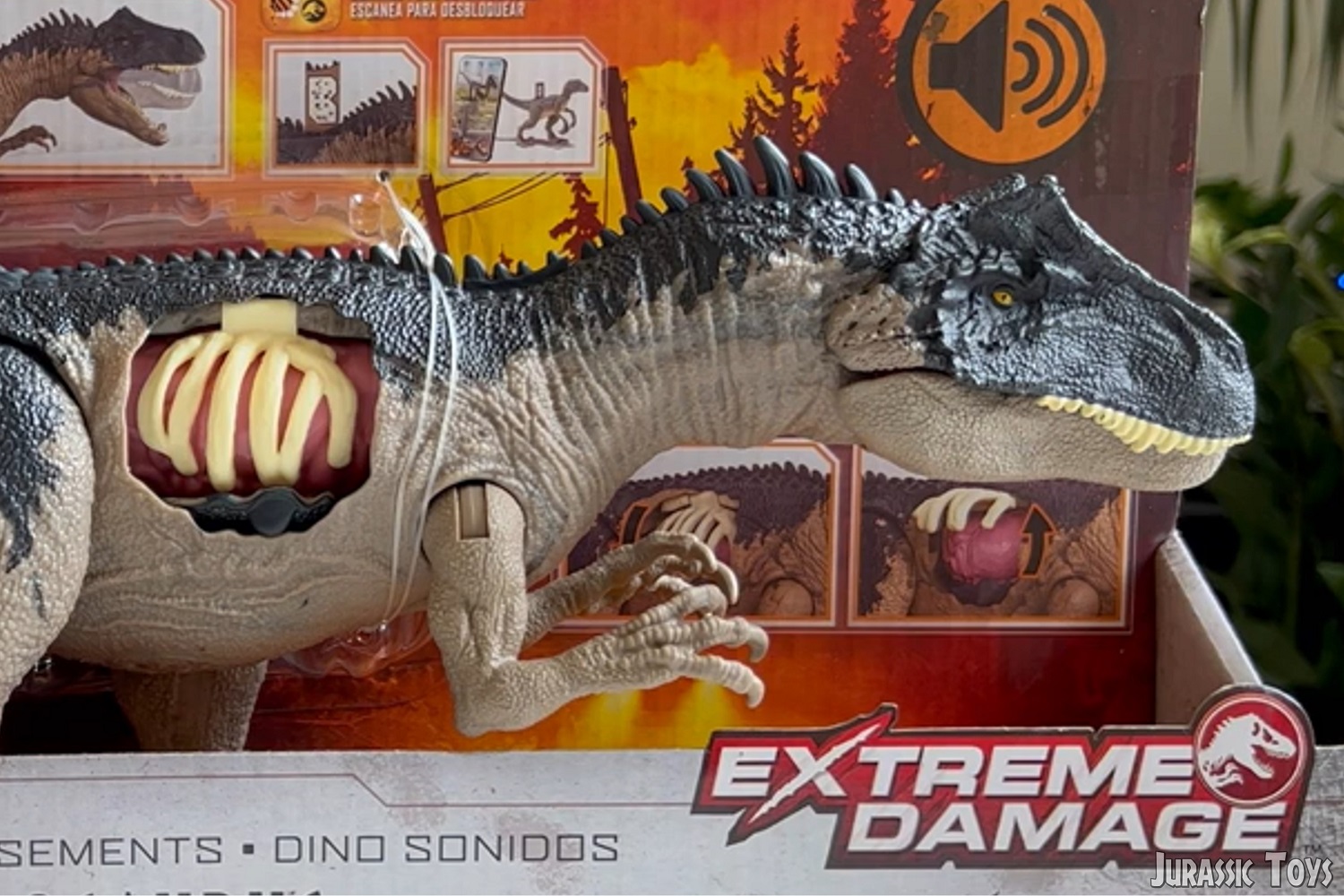 Three Extreme Damage dinosaurs were released last month as part of Mattel’s Jurassic World Dominion toy line. These dinosaurs featured the new Extreme Damage effect that can be triggered by pushing a button on the back of the dinosaur. The permanent scratches on both of its sides will then turn red.

For the Roarin’ Allosaurus, Mattel opted to go for the “sliding hatch” effect they first introduced with their Battle Damage line in 2018. Pushing down the “hatch” will show its rib cage that can be lifted up and reveal soft tissue beneath.

Check out a quick video review of the new Extreme Damage Roarin’ Allosaurus: