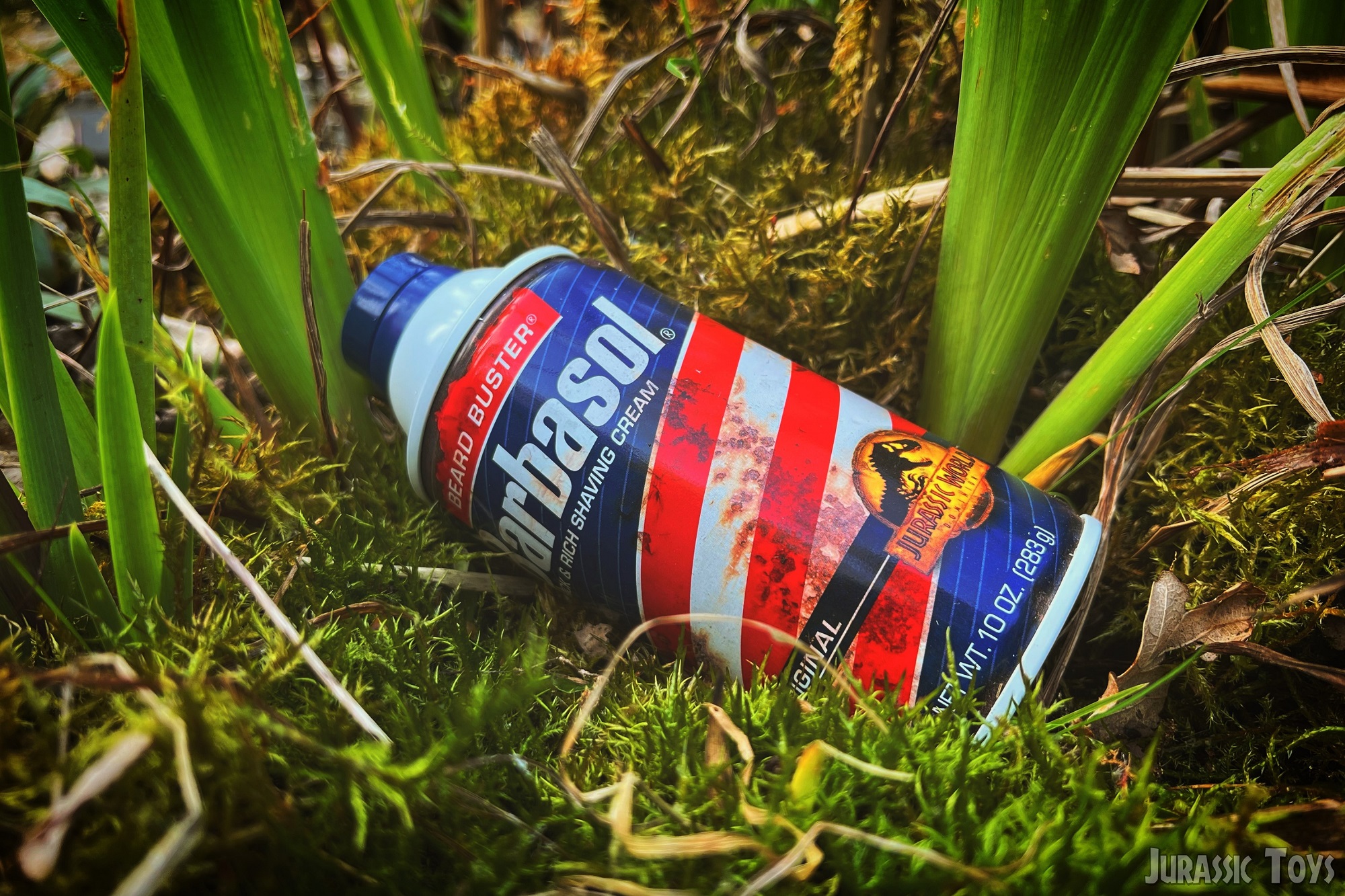 Since the release of the first Jurassic Park movie, Barbasol and the Jurassic Universe are intertwined forever. Dennis Nedry tried to smuggle dinosaur embryos in a modified Barbasol can out of the Jurassic Park laboratory. After getting a run in with a Dilophosaurus, tthere was no happy end for Nedry’s story arc. The Barbasol can disappeared under a thick layer of mud while the Spitter divoured the InGen computer programmer.

Now almost 30 years later, THAT Barbasol can resurfaced in stores with a special edition release among other designs inspired by Jurassic World.

This is the third time that Barbasol has partnered up with Universal Pictures to release Jurassic World-themed cans, displaying dinosaurs like Blue, Beta and the T-Rex its packaging.

Probably the coolest Jurassic-themed Barbasol can must be the rusted version, hinting at being hidden on Isla Nublar for many years before being discovered again and perhaps play an important role in the upcoming Jurassic World: Dominion film?

Thanks Barbasol for sending the free cans! #sponsored