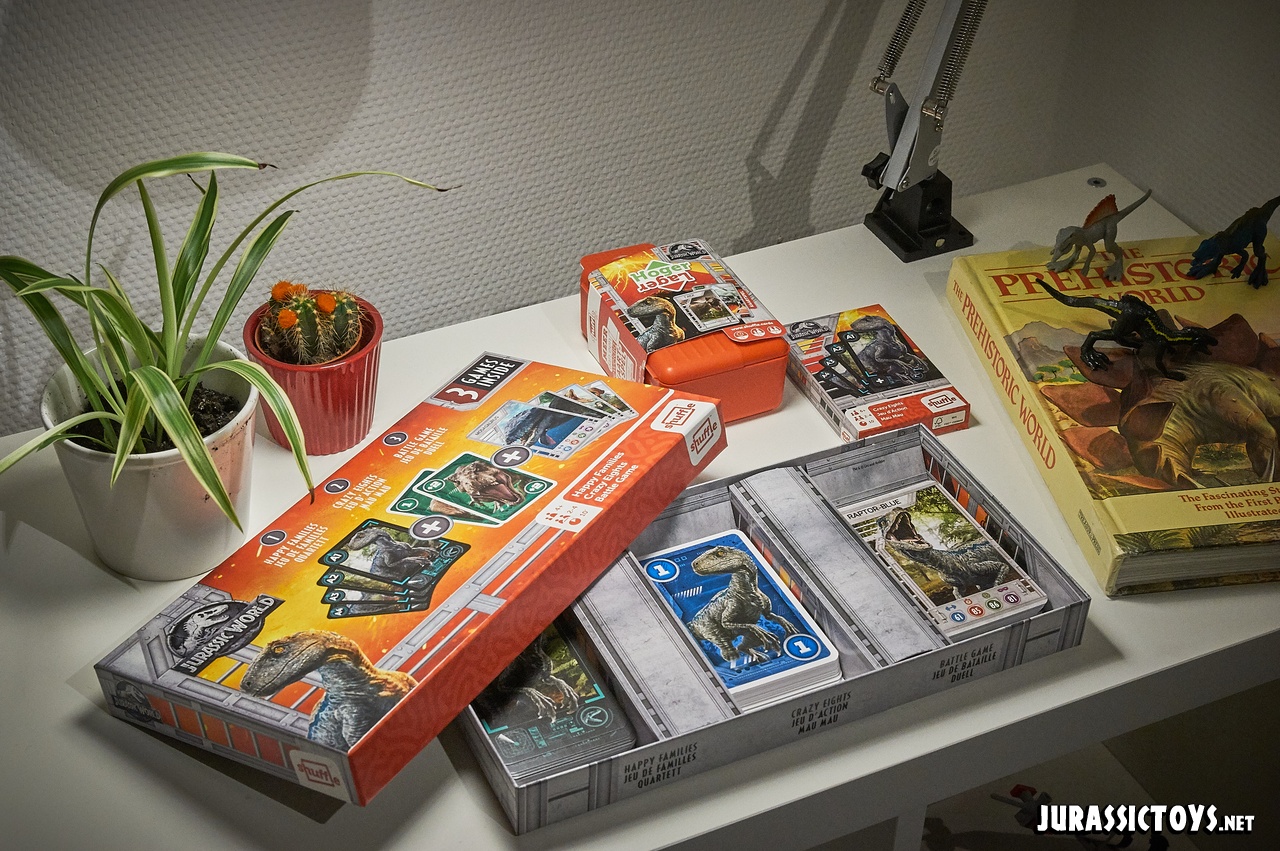 Belgian company Cartamundi released a couple of card games inspired by Jurassic World. They’re part of their Shuffle brand that has a number of licensed card games.

Number Rumble is their take on the classic “trump” card game. The aim is to out perform your opponent with the powers of your dinosaur, but there’s a twist. The card game will tell you if you have to go for the highest or lowest power.

There’s also a nice box set with three different Jurassic Wold games. Happy Families is all about collecting all four cards of one family. Crazy Eights is the same as the well known card game, but with dinosaur cards. It’s also the only game from this set that’s also sold separately. Battle Game is similar to Number Rumble but without the “high or low” gimmick.

These games, and especially the three-pack, are great value. The pack goes for around 10 euros while the Number Rumble goes for around 7 euros.  European fans should be able to buy these from numerous online retailers like the European Amazons and many others.

Thanks to Cartamundi for providing review copies of these games.