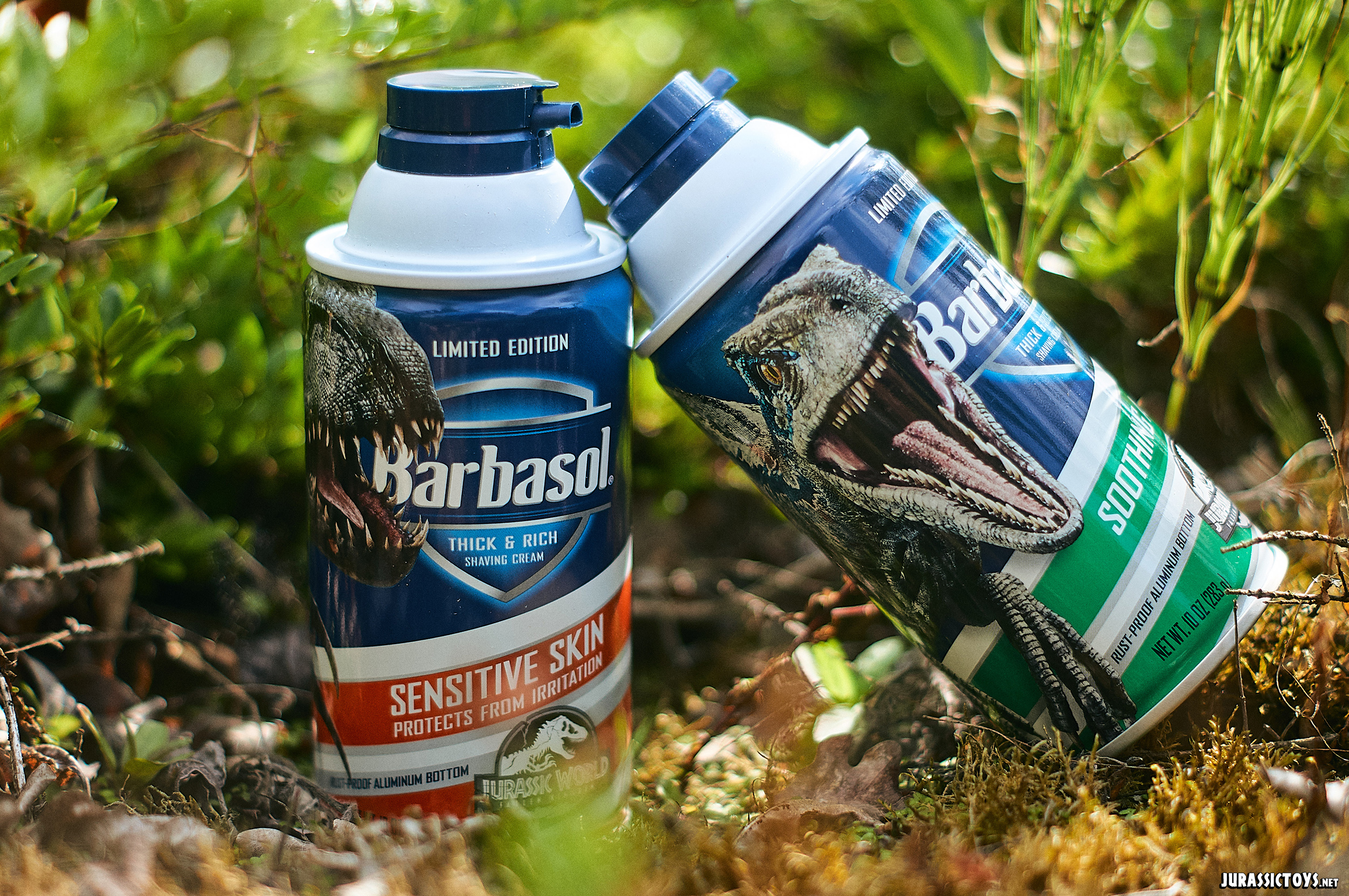 Jurassic Park fans know that Barbasol has a strong association with the brand. It was one of their cans after all that was used to smuggle the dinosaur embryos of the island in the first Jurassic Park film.  Now 25 years later, they’re once again attached to the franchise.

For the release of Jurassic World: Fallen Kingdom, Barbasol is releasing cans with images from the 2018 blockbuster. They surprised me with (empty) cans of their Sensitive Skin shaving foam with the Indoraptor image and the Soothing Aloe with Blue’s image.

In 2015, similar cans were produced for the first Jurassic World film and featured images of the Raptor pack and Pteranodon.

The Jurassic World: Fallen Kingdom cans will be hitting the stores soon in the United States and will be available for a limited time.