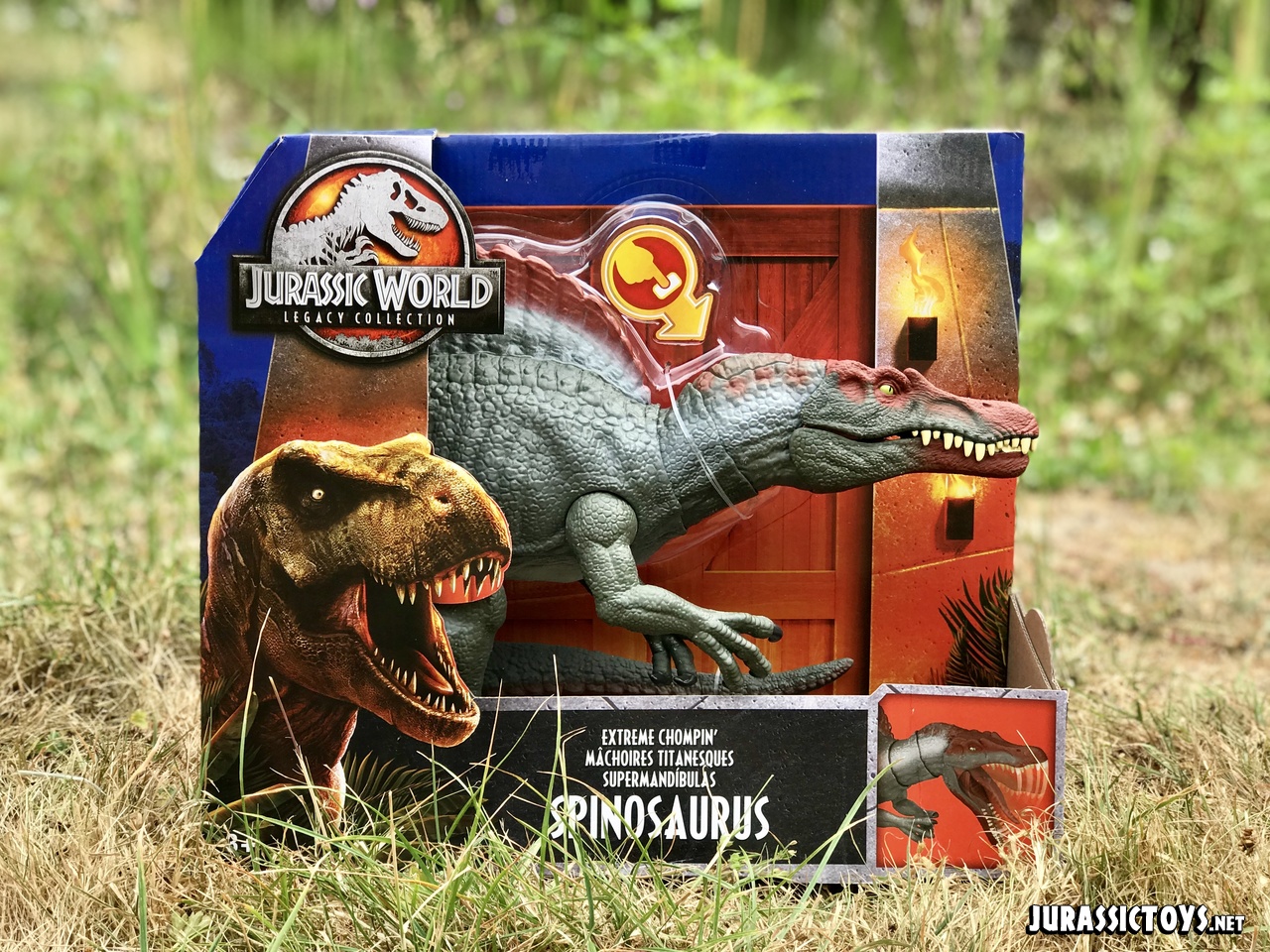 The Extreme Chompin’ Spinosaurus is the latest toy in this line, and probably even the best so far.  This is a pretty large dinosaur, and very much in scale with Mattel’s Legacy Tyrannosaurus Rex.

Mattel loves to add articulation to its Jurassic World dinosaurs and Spinosaurus is no exception. The head can be placed in several positions. The mouth has a chomping effect that can be triggered by pushing the button behind its head.

While we now know the Spinosaurus looked much different in real life, the sculpt of the body and especially the head are near spot on compared to the film version. The snout has that vicious, alligator-like shape that made the Spino look so terrifying in the film.

The colours match that of the film with the iconic white line running over its sail. The sail’s size on the other hand is somewhat on the small size and could have been a bit bigger.

This is a wonderful addition to Mattel’s growing Jurassic World portfolio and a must have for all Jurassic Park fans.