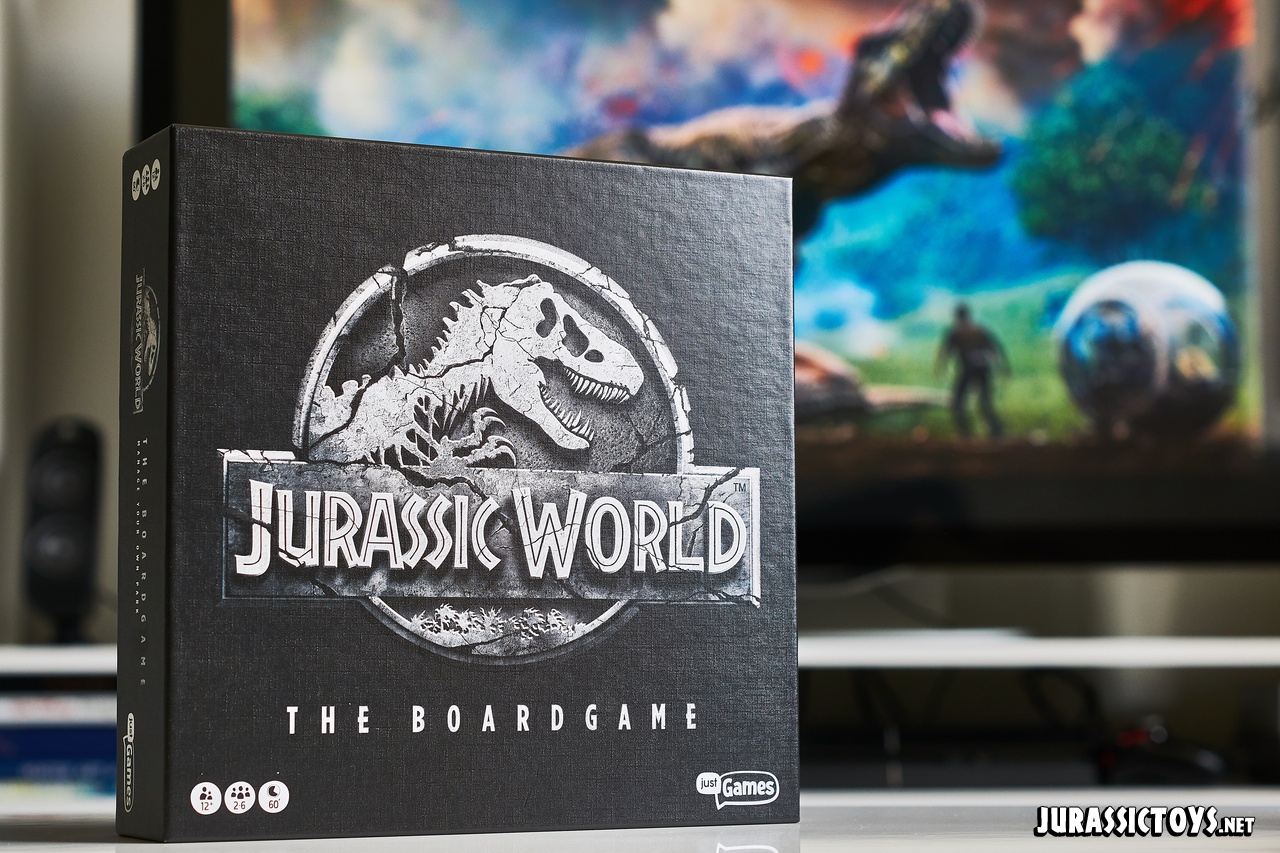 Their awesome looking Jurassic World: The Boardgame is the first ever true Jurassic strategy game. Up to six players take control of the park and have to run in like it were the real thing. Unlike other Jurassic games, here all users have to work together to achieve the goal of running their Jurassic World without incidents and keeping the visitors happy.

Each player has a role they can choose from: engineer, dino expert, director, mascot, researcher or park ranger. Each role has their own skills that will help achieve the goal for the whole team. The team decides the difficulty level of the game, this will determine how many dinosaurs and how entertained all park guests have to be to win the game.

Each player gets their own “player banner” that moves all over Isla Nublar. Landing on specific hexagons will allow the players to pull cards from the different decks that will affect the gameplay, like a dinosaur break-out or a broken ride. Several “meters” measure the danger and entertainment level. There are also cards for constructing and upgrading buildings.  Some of these buildings include locations that were seen in Jurassic World: Gentle Giants Petting Zoo, the Isla Nublar Hotel and T-Rex Kingdom.

While the game is strictly based on Jurassic World, fans will appreciate the subtle nods to the original film like a danger card for gastric poisoning (with an image of both Triceratops and Stegosaurus) and dinosaur embryo theft. Even Site B gets a mention!

Obviously the main attraction of the park are the dinosaurs. There are 16 dinosaurs printed on hexagons, divided in three categories by popularity. Most of the dinosaurs are taken from Jurassic World: Fallen Kingdom, like Stygimoloch, Sinoceratops and Carnotaurus. Classic Jurassic Park dinosaurs like the T-Rex, Velociraptor and Gallimimus are there as well. A popular dinosaur on the game board will increase guest satisfaction. On the other hand, a dinosaur break-out will affect the danger level of the park. When the danger level has reached the highest point, all players loose the game.

All players win the game when all dinosaurs from the chosen mission have been placed in the park and when the entertainment meter has reached its set goal.

Jurassic World: The Boardgame is an original take on the franchise, and playing it feels like  a co-op video game.  The entire game is in English, with a printed manual in English, French, Dutch and German. At this time the game is only available in Belgium and the Netherlands. It retails at 39,99 EUR.

Thanks to Just Games for providing a review copy of the game.

UPDATE: Just Games has uploaded a tutorial video to their Youtube channel. Watch it here!