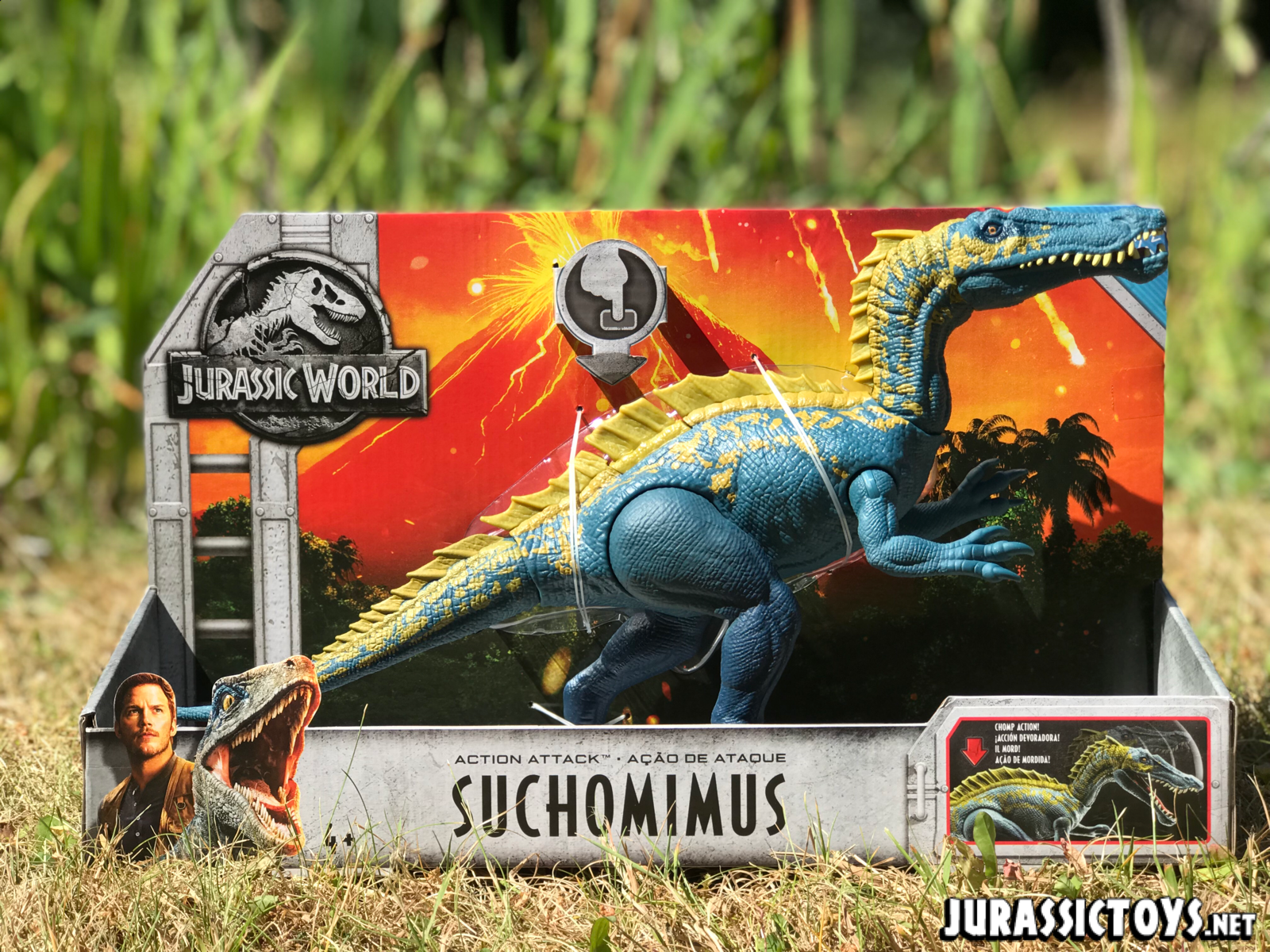 Mattel isn’t shying away from bringing some off-screen dinosaurs back to life.

Suchomimus was not featured in any of the films or the books, but was briefly mentioned in Jurassic Park III by Billy Brennan when he was trying to identify the Spinosaurus.

An image of Mattel’s version appeared online along with the photos of the other Action Attack dinosaurs, Stegosaurus and Carnotaurus. While many praised the sculpt based on that single photo, there was some concern about the color scheme which appeared to be too bright blue and yellow.  But when the first sets started to hit the shelves and were shipped from online stores, it turned out that Mattel went for much softer colors, an improvement that was welcomed by all.

The sculpt of the dinosaur is like most of the Mattel dinosaurs very well done. The menacing alligator-like snout can snap by pushing the sail on its back. Just like the other Action Attack dinosaurs, there is no sound effect.
The arms can move in different directions, a feature that can be found on most of Mattel’s two-legged dinosaurs.

The Action Attack Suchomimus is definitely one of Mattel’s best sculpts so far.