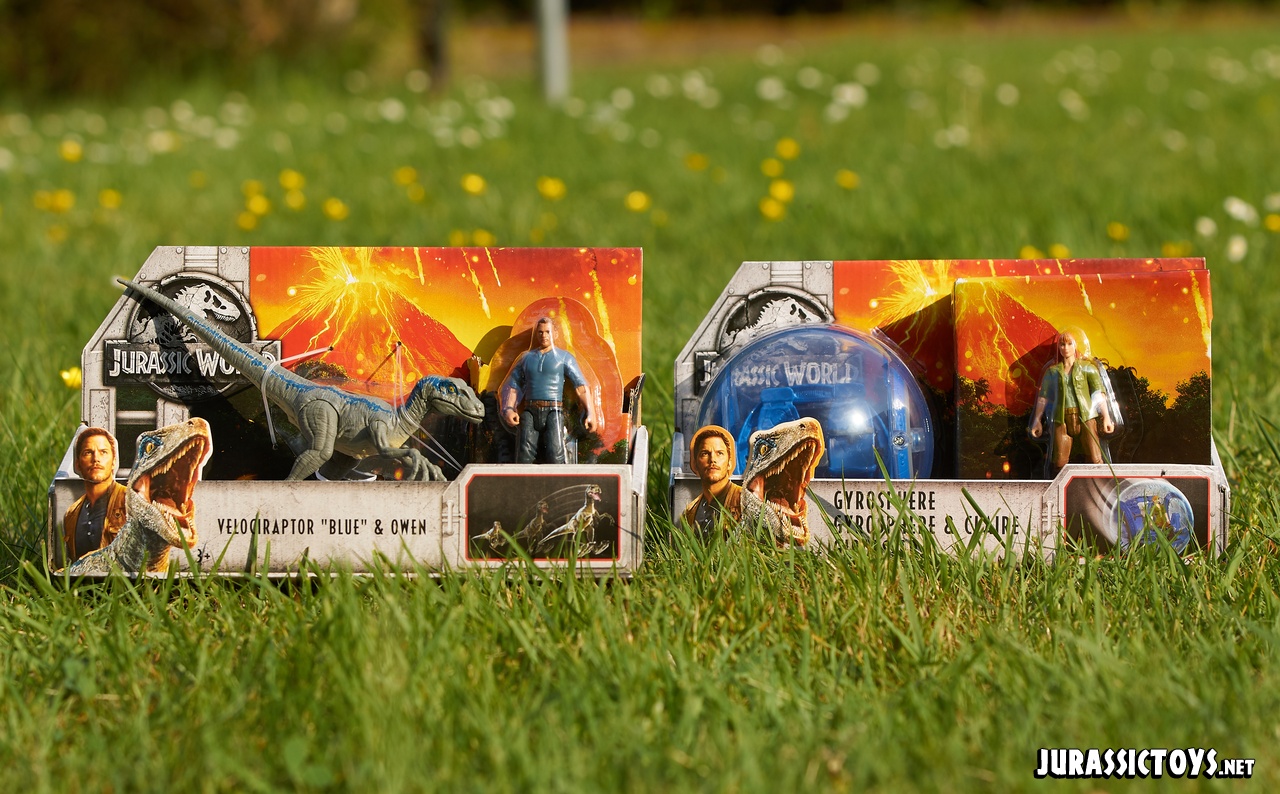 Each set is packed in an open package, like most of Hasbro’s 2015 line.

Claire’s Gyrosphere comes in two pieces.  The back piece is located behind the cardboard where the action figure is stuck to.  The Gyro can hold two Jurassic World action figures.

Blue can “jump” by pushing his body down and releasing.

Both the Claire and Owen action figures are posable.