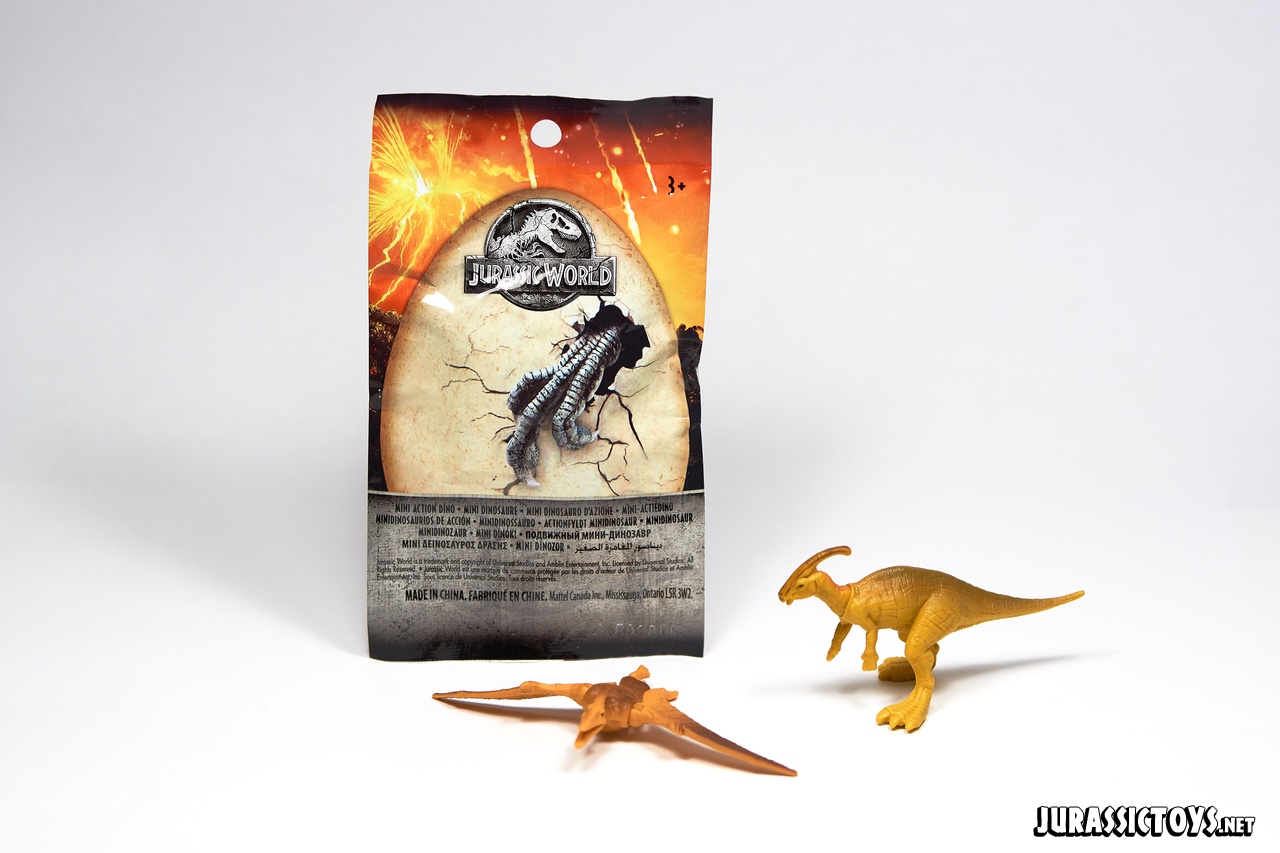 Unlike Hasbro’s, Mattel’s dinosaurs have articulated parts. The Parasaurolophus, which I got in one of my blind bags, can move its head up and down. The Pteranodon has wings that are possible in different directions.

A word of critique is in place for some of these dinosaurs (and some of Mattel’s larger toys). The two-legged dinosaurs have oversized feet so they can stand easily without falling over. But this makes their appearences very cartoony, almost “Land Before Time Ducky” cartoony.

But this doesn’t take a way from the refreshing effort that Mattel has put in this new Jurassic World toy line.

Each blind bag comes with a little flyer with on one side the erupting Mount Sibo and on the other side a checklist with all the available dinosaurs. Making it easier to catch ‘m all!