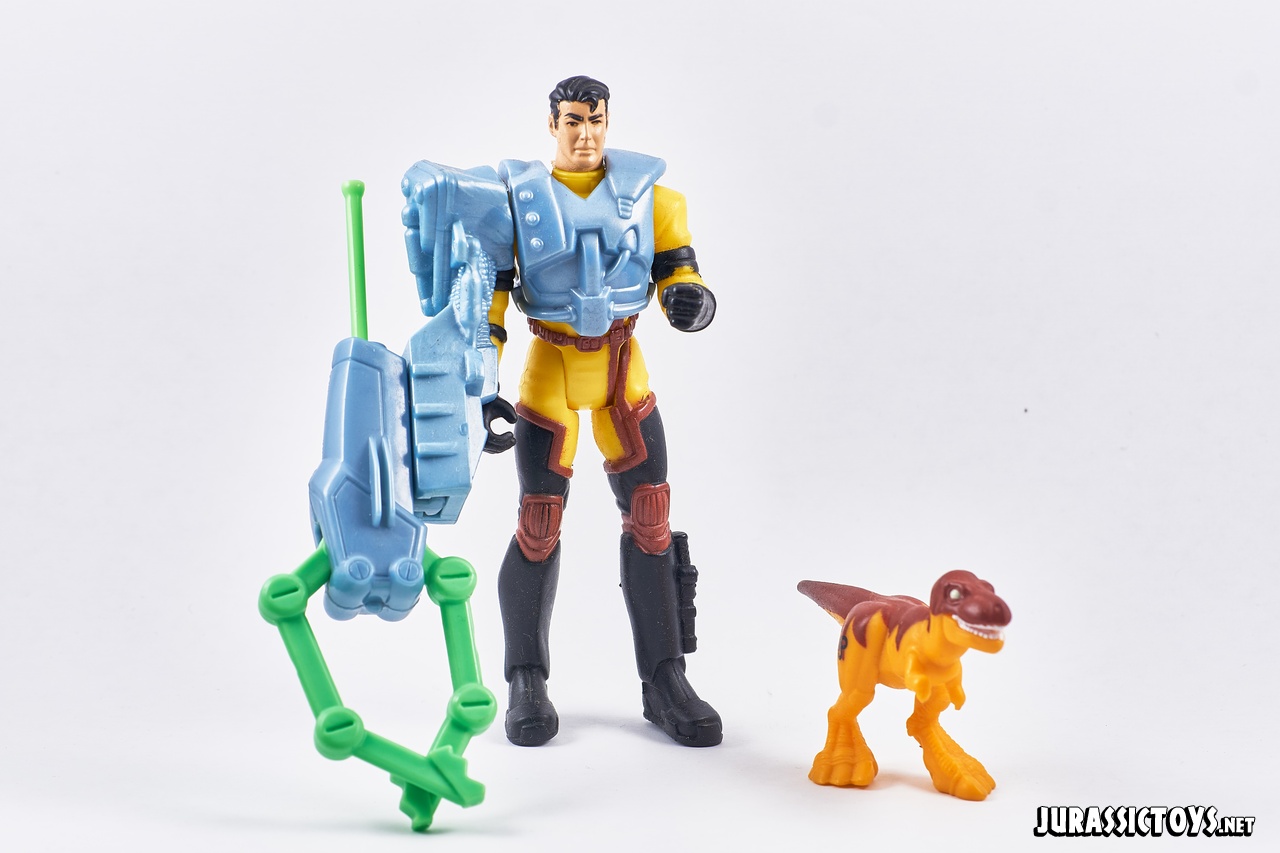 Only four human figures (or five if you include Omega T-Rex’s escape pod) were released in the Chaos Effect toy line. Ian Malcolm was one of them.

This figure, just like the others, was based on a whole new sculpt. The soft, rounded edges and striking colours immediately give away it was based on an animated design.

Malcolm came with a pretty cool weapon that did not need a spring to function. By pushing the green handle, the tweezers would open and close.

The hatchling was that of the Omega T-Rex. It’s painted in a striking orange colour, just like the Bull T-Rex repaint. The JP logo on its leg features the Site B logo as well, similat to all the dinosaurs from Kenner’s The Lost World: Jurassic Park line.

Sadly we’ll never get to discover the origins of this Malcolm due to the animated series cancellation. But that’s chaos theory, right?