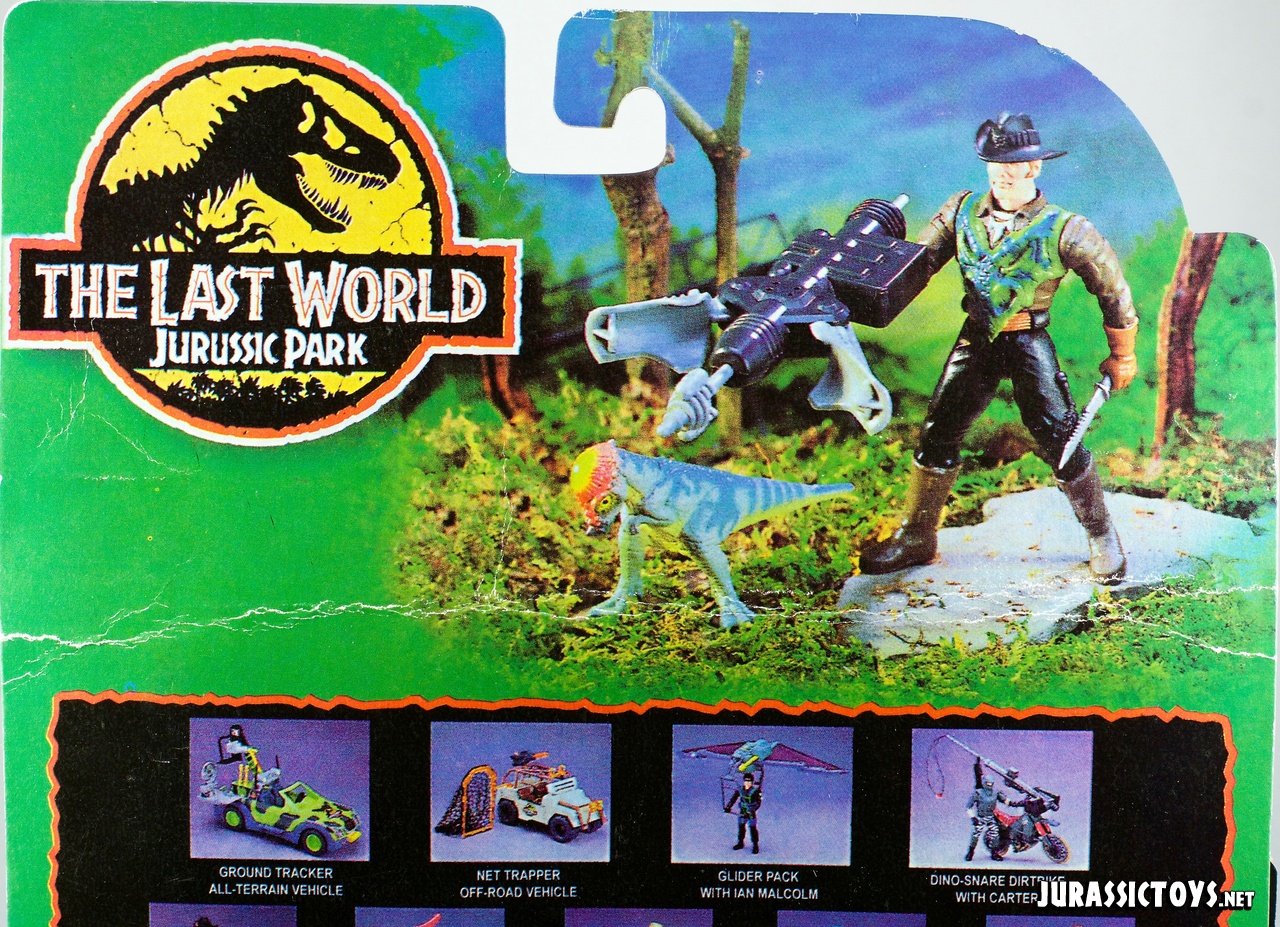 Usually I don’t buy bootleg Jurassic Park toys, but when I found this set on eBay offered by a seller in Spain, I couldn’t help but buying it.

The layout is an identical copy of the Nick Van Owen card back. A sticker mentions the toy was imported from China by a Portugees importer in Lisbon. The plastic packaging feels very cheap and flimsy, something you expect from cheap imported toys.

The set comes with 4 human figures and 2 dinosaurs. The figures are (bad) miniature versions of the official Eddie Carr, Ian Malcolm, Dieter Stark and Nick Van Owen figures. Malcolm’s T-Rex and Nick’s Pteranodon hatchlings are the same size as the originals.

The most hilarious part about this set is the back of the card. While the front is Nick Van Owen’s, the back is that of Roland Tembo, complete with all the other The Lost World toys.

However, when you take a closer look at the TLW logo, you’ll notice something quite different. Some letters have been changed (out of copyright concerns?) to The Last World: Jurussic Park.

Quite a find huh?