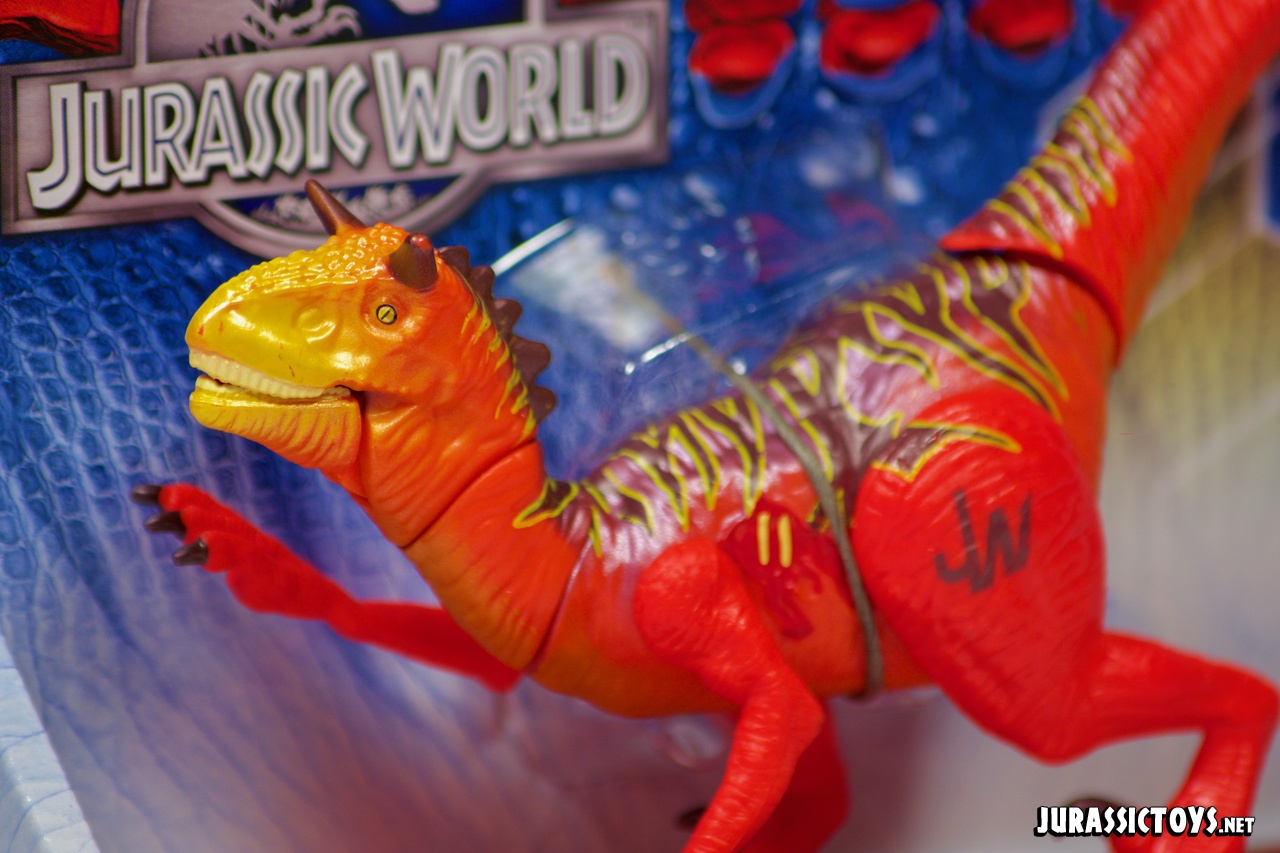 Carnoraptor is yet another slightly altered dinosaur from the Jurassic World Bashers & Biters line.

This “hybrid” combines the Velociraptor and the ever popular Carnotaurus. The idea sounds neat and the model that’s featured on the back of the package looks kinda ok.  The final figure however does not look as good.

It looks a lot bulkier, not as sleek or menacing, especially the head sculpt. The snout is too short, for both raptor and Carnotaurus.

The paint job uses too many read. This would have been a great opportunity to bring back the original paint scheme of the Jurassic Park series II Carnotaurus, but Hasbro probably had to stuck to the designs that Universal Studios marketing came up with.

Like most of the Hybrid dinosaurs, the Carnoraptor is yet another example of a hit & miss.