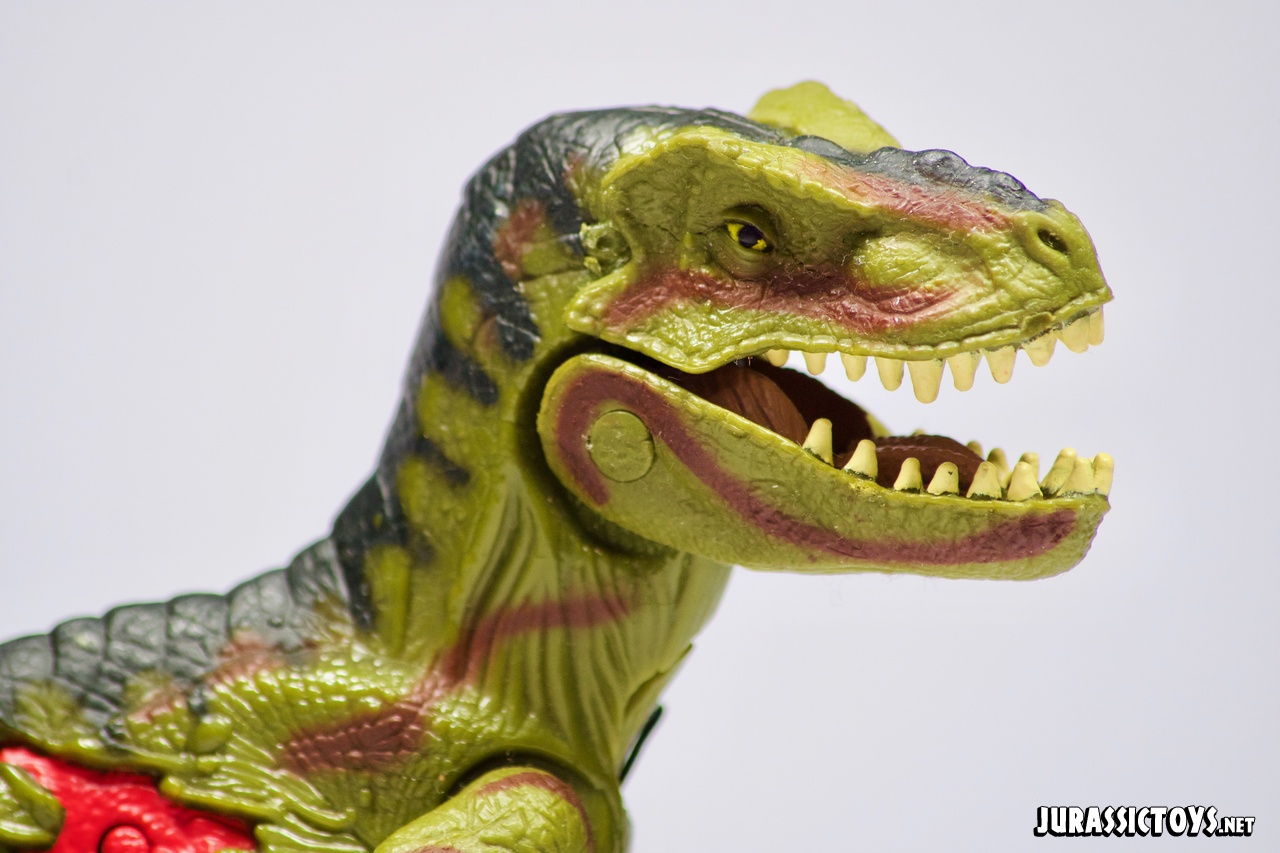 When the Jurassic Park III toys were released, I never really cared much for the Re-Ak At-Ak T-Rex. Maybe because it was such a departure from the Kenner style dinosaurs that were released for the previous toy lines. However, when I got a loose copy in a bigger lot, I started to appreciate this sculpt a bit better.

The colours kind off match those of the T-Rex in the JP3 movie, although they are a bit too green, almost toxic green, not what you would expect from a fearful predator.

The real downside on this figure are the hinges on its jaw. They are too much present, ruining its facial expression, especially when looking from the side.

However when photographing from the front, its face looks very eery and menacing, almost JP Series II Carnotaurus-like.

The Jurassic Park III T-Rex looks ok from certain angles and its posture is dynamic. However, the biggest issue is, and that goes for all the Re-Ak At-Ak dinosaurs, it’s not to scale compared to JP3 action figures. The Kenner line (kinda) kept its dinosaurs into scale compared tot he human figures, but Hasbro just stopped caring. And we all know it all went down hill from here.