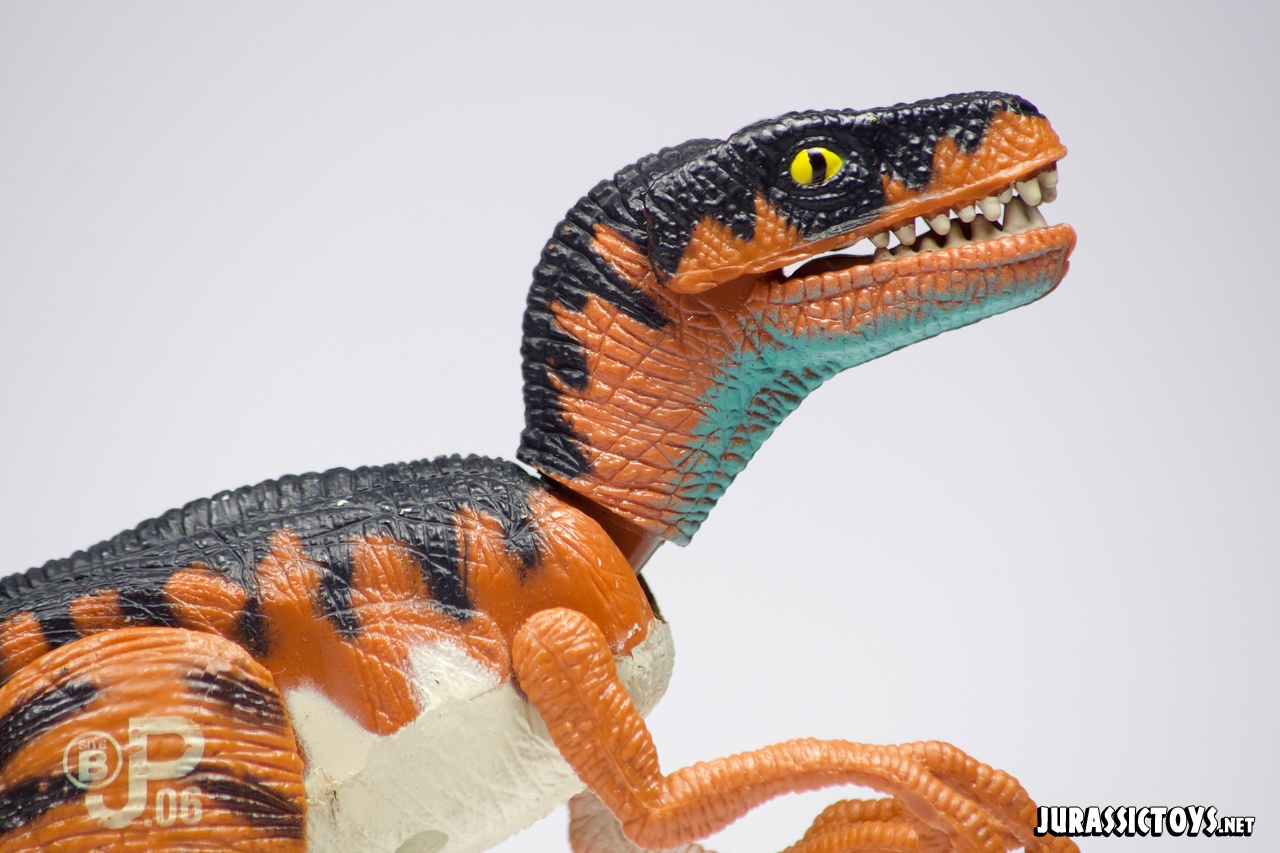 This Velociraptor is a re-release of the original Velociraptor that came out as part of the Jurassic Park toy line back in the early ’90s.

Unlike the original version, The Lost World one comes with complete new capture gear and a new paint job.

Just like the original version it will snap when you squeeze its legs together. When the capture gear is on, it “breaks free” by launching the muzzle forward.

The colours of this Velociraptor are quite different compared to the original.  A more vibrant brown is used along with a weird blue-ish shading on its neck. The eyes stand out much more as well.

Just like the other The Lost World dinosaurs, the JP logo with Site B stamp is marked on its thigh. This Velociraptor carries the number 06.

The Velociraptor is one of my favourite toys from the original line, but this version isn’t really  appealing to me. I only bought it a long time after The Lost World was released, and only because it was on sale (the red on sale tag is still on the package). The colours are too off putting to me and the weird capture gear doesn’t add any value.