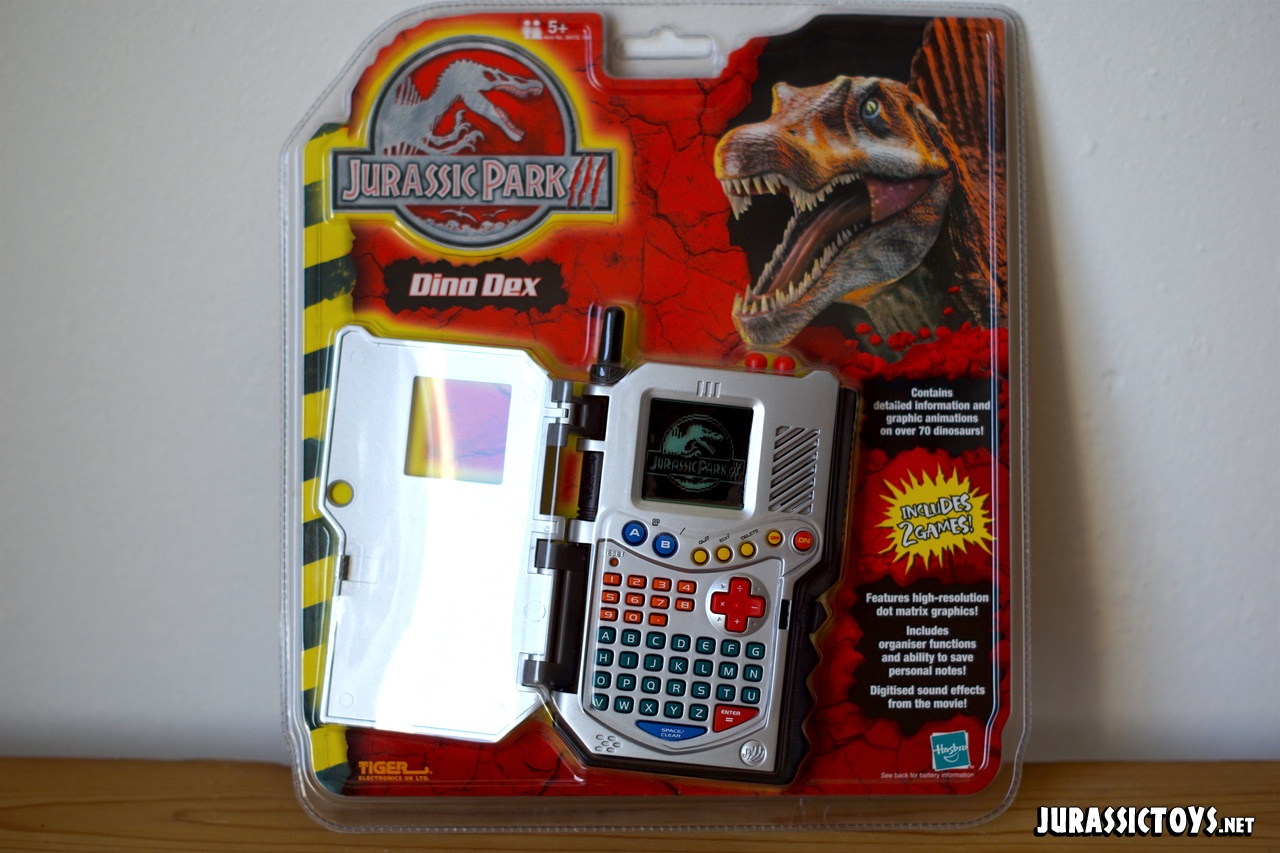 Forget about the Pokédex from the hit series Pokémon. Because back in 2001 there was the Dino Dex by Tiger/Hasbro.

I never tried it, but according to the package it “contains detaled information and graphic animations on over 70 dinosaurs”.  There are 2 games:  Battle Dome in which you “go head-to-head in a fight-to-the-death against another dinosaur” and the DNA Lab which will let you create your own hybrid dinosaurs.

The Dino Dex is also an organiser that lets you store name and phone numbers, notes and there’s a calculator on there as well.