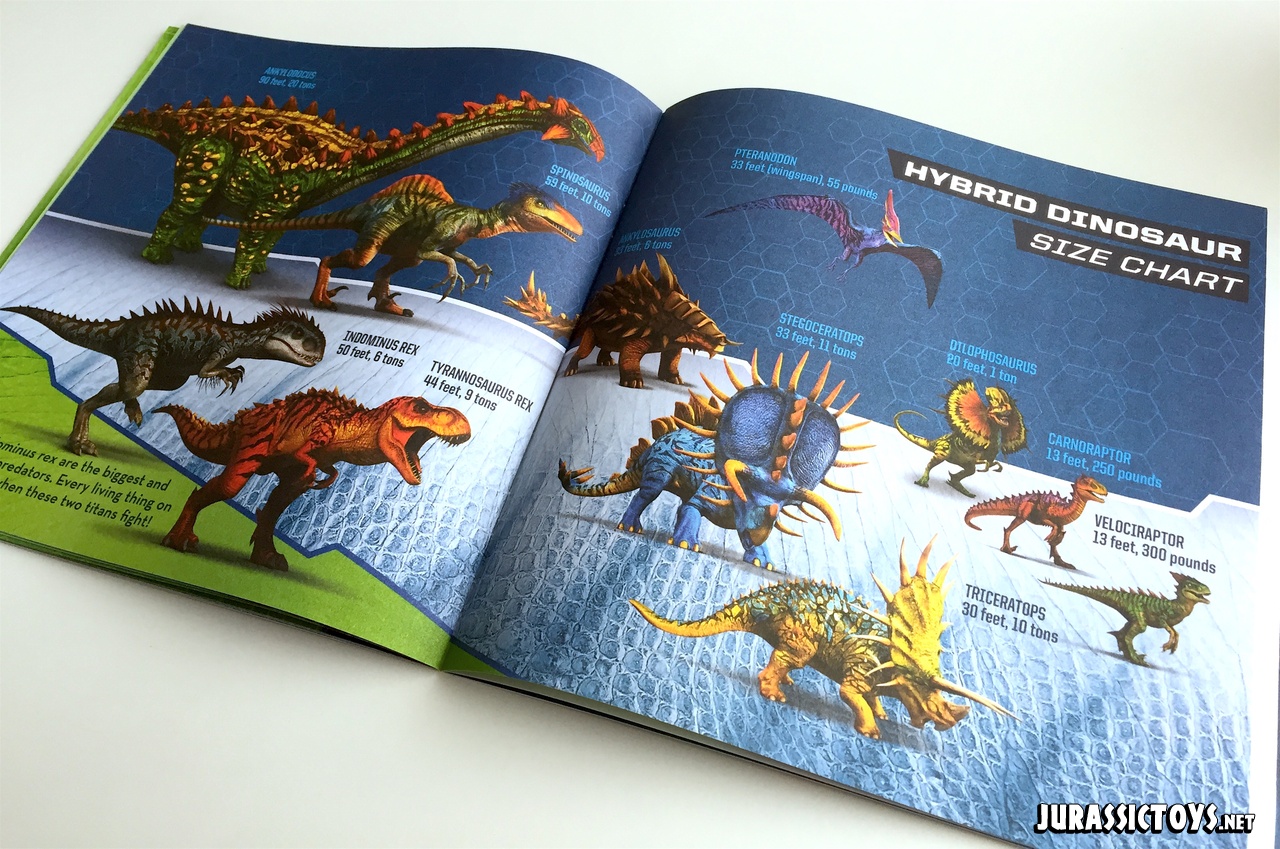 This Jurassic World Dino Hybrid book by Random House was released earlier this year. It features dinosaur cards and stickers, as well as several pages dedicated to the Hybrid Dinosaurs that were created by Dr. Wu.

The cards are perforated for easy removal. All the hybrids featured in the book, have their own cards and stickers. The stickers don’t serve any purpose in the book, since there’s no background or scenery to stick them on.

The design of the dinosaur hybrids were also used in the Jurassic World game by Ludia and the recently released Hybrid toy line by Hasbro. Fans will definitely recognize the Ankylosaurus with enforced armor, the Carnoraptor, Stegoceratops and many others. And sorry to disappoint the Dilophosaurus Rex fans, she’s not included in the book.

There’s only 24 pages and its size is on the smaller side, so don’t expect too much of it. But it does feature some really nice artwork. In fact, this little book actually made me like what Hasbro has recently released a little bit better, knowing there’s some creative control behind that Dino Hybrid line.

I got my copy on Amazon France for just 5 euros.  Go get it, it’s fun!