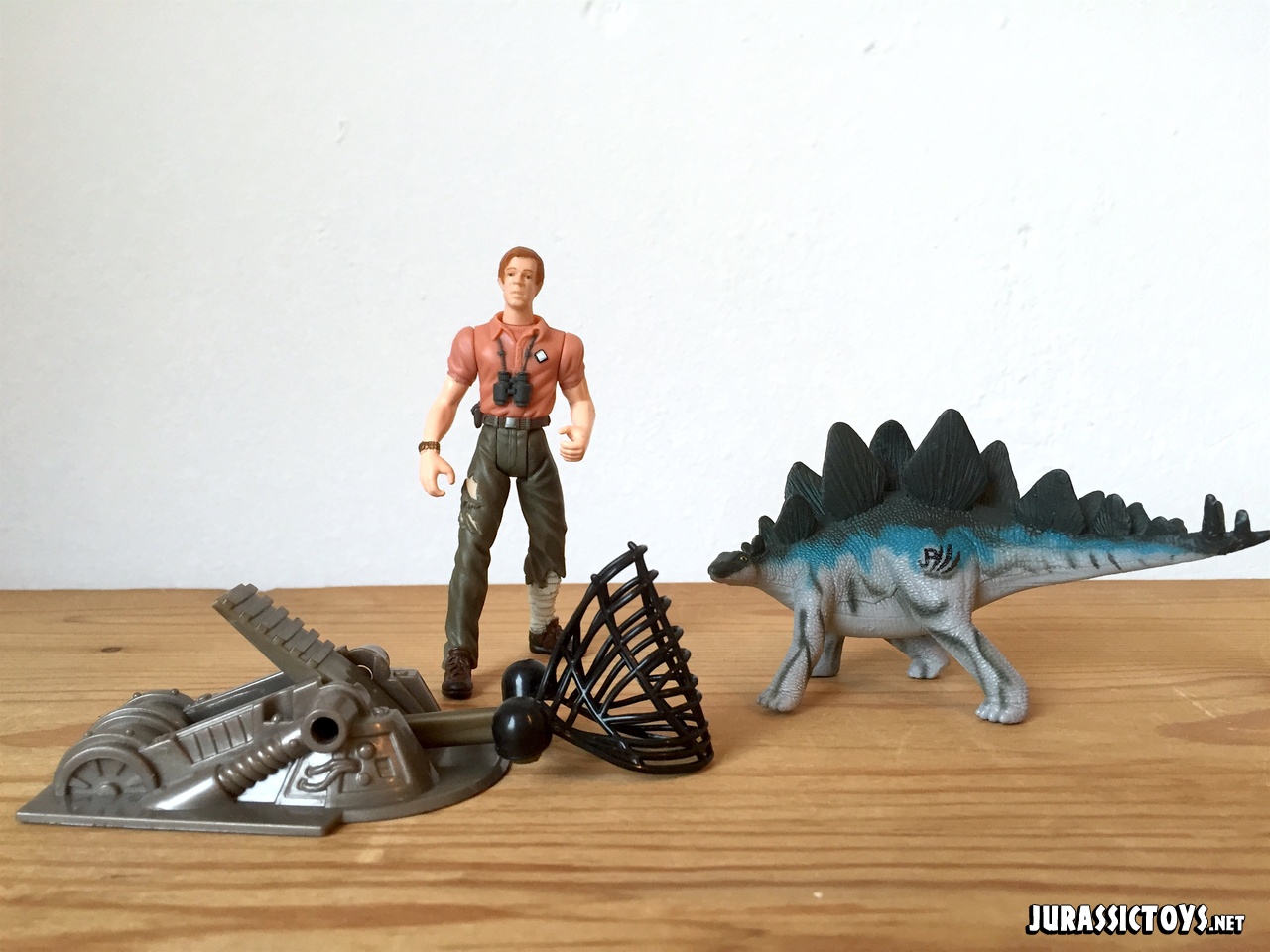 Paul Kirby is an action figure from the Jurassic Park III toy line. He was part of the wave 2 release along Alan Grant with Compies and the generic Military Diver with Spinosaurus.

The Jurassic Park III toy line was released under the Hasbro banner, dumping the Kenner branding along with the traditional Jurassic Park look, feel and scale.

Paul Kirby resembles William H. Macy likeness, but is lacking his trademark mustache. His pose is very awkward, it took me some time to get him standing without falling over.

Despite it’s faults, the action figure features some nice details, like the ripped pants on his right leg and the bandages on his lower left leg.  These kind of details were not as refined in the Kenner line.

The net launcher is just a catapult that launches the net (made out of soft plastic), but only if you press hard enough. There are no springs or any mechanics in the launcher.

This is not a terrible set, it’s just part of a toy line I never felt comfortable with in the first place…