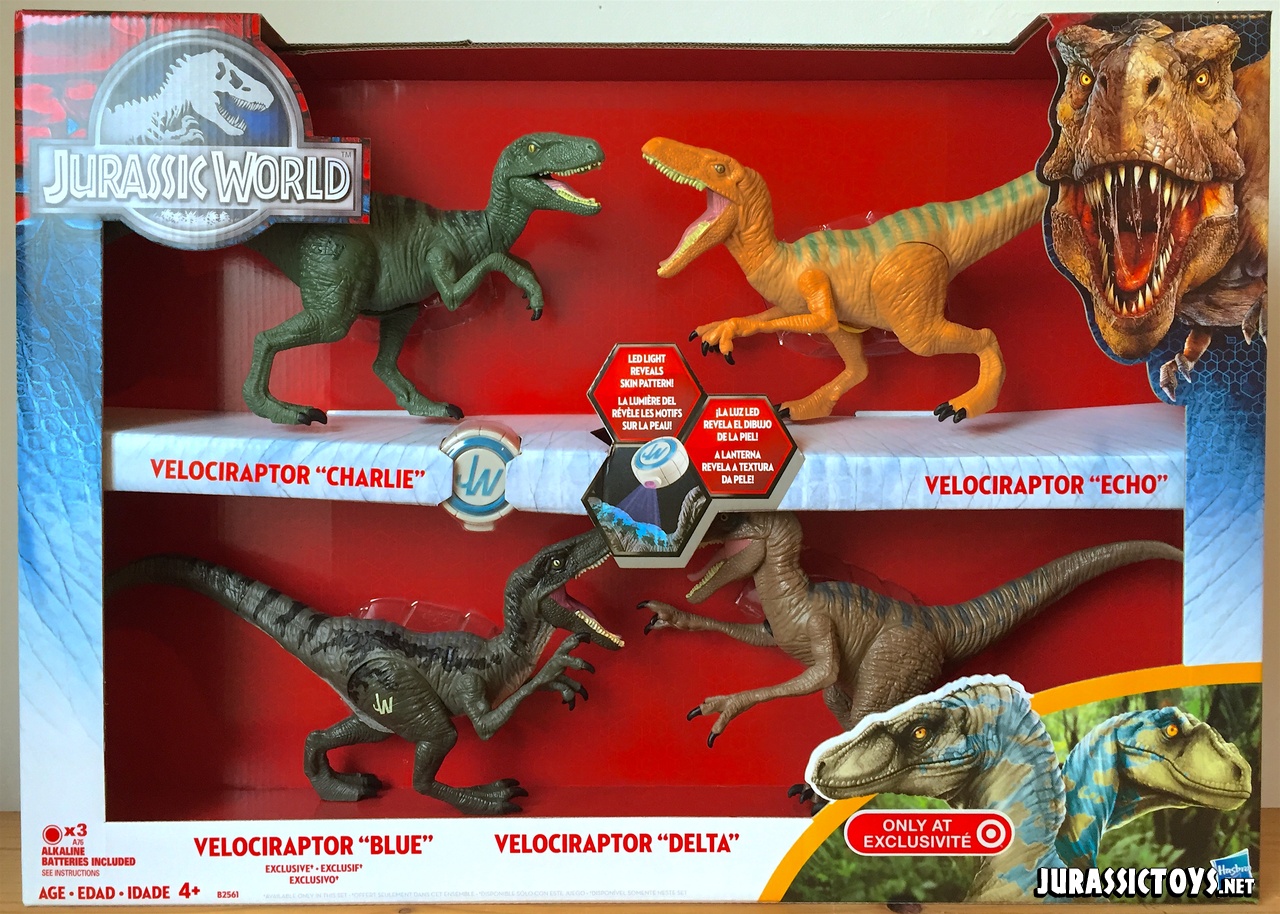 This Velociraptor pack was sold in the US as a Target exclusive. The Blue figure was not released before and features a light up skin pattern by using the included LED light.

The other 3 raptors, dubbed “Titan Raptors”, were released separately all over the world. They sparked an out cry among Jurassic Park and dinosaur fans because they are lacking their famous toe claws. The new Blue figure is lacking this as well.

I got this set, among a lot of other JW stuff, during my visit to Orlando earlier this year. It surprised me how big this box is. It barely fitted in my suitcase!