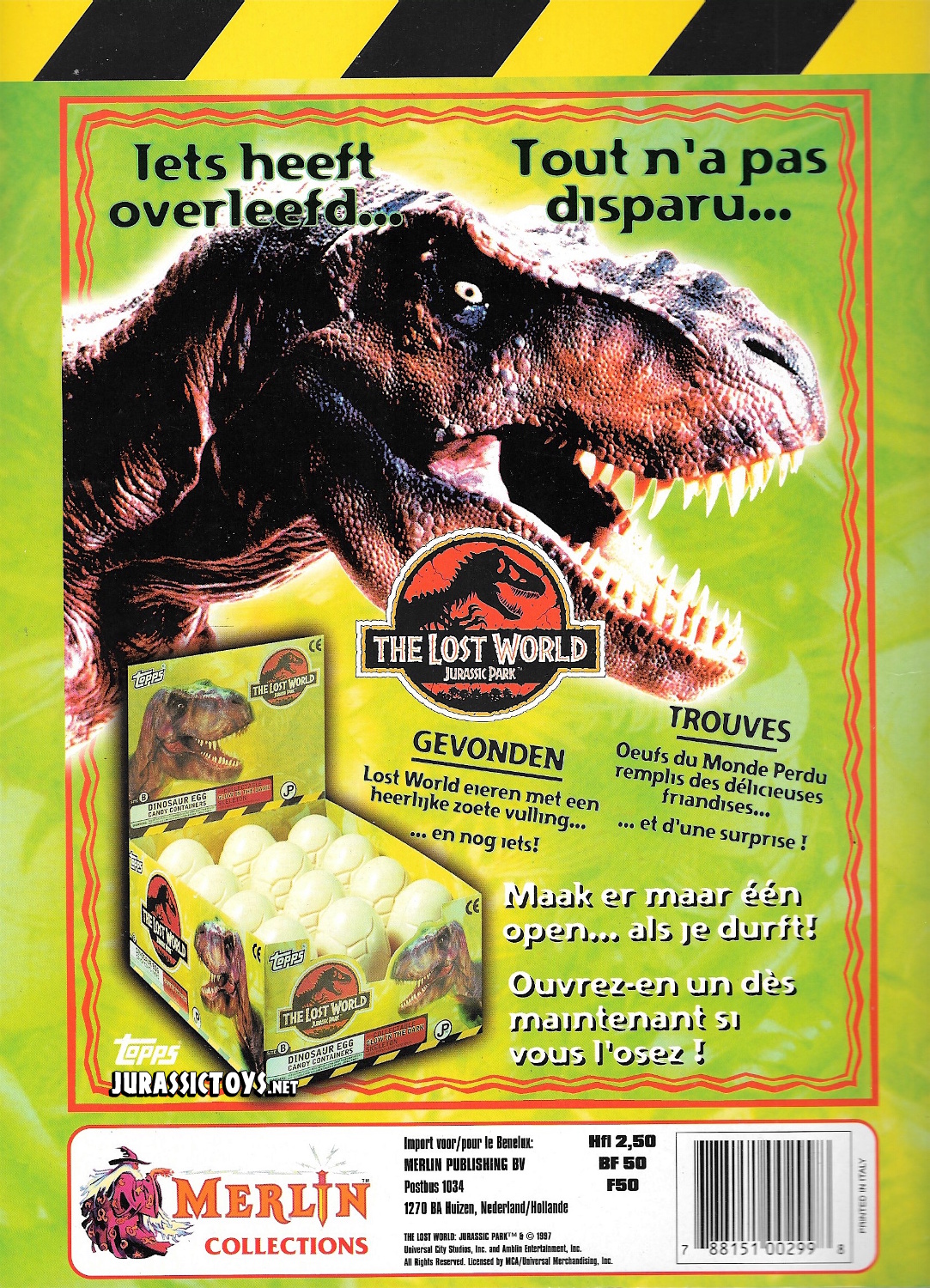 These The Lost World themed dinosaur eggs were released in 1997 by Topps, the company that brought us the Jurassic Park and The Lost World trading cards, as well as the official comic books. The plastic eggs contained some sweets and a dinosaur skeleton.

This advertisement was featured on the back of the European The Lost World sticker album by Merlin, a company owned by Topps.