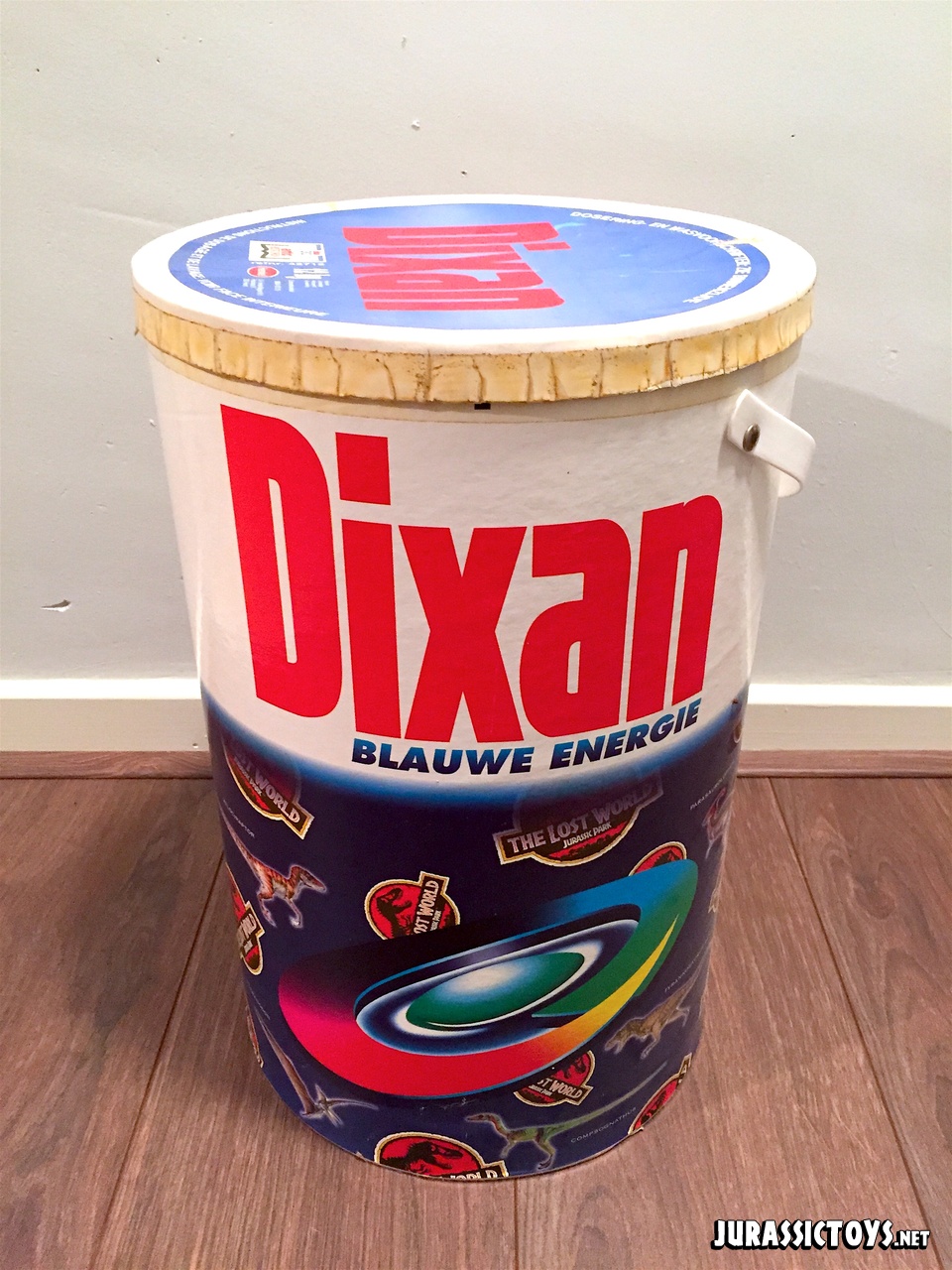 Back in 1997 lots of companies wanted to have their brand associated with the Jurassic Park sequel. Even a big Belgian laundry detergent brand called Dixan jumped on the hype train.

They released a limited edition barrel of their detergent with the logo of the The Lost World embedded in their layout. On the back of the box there were some facts about dinosaurs from the movie in both Dutch and French.