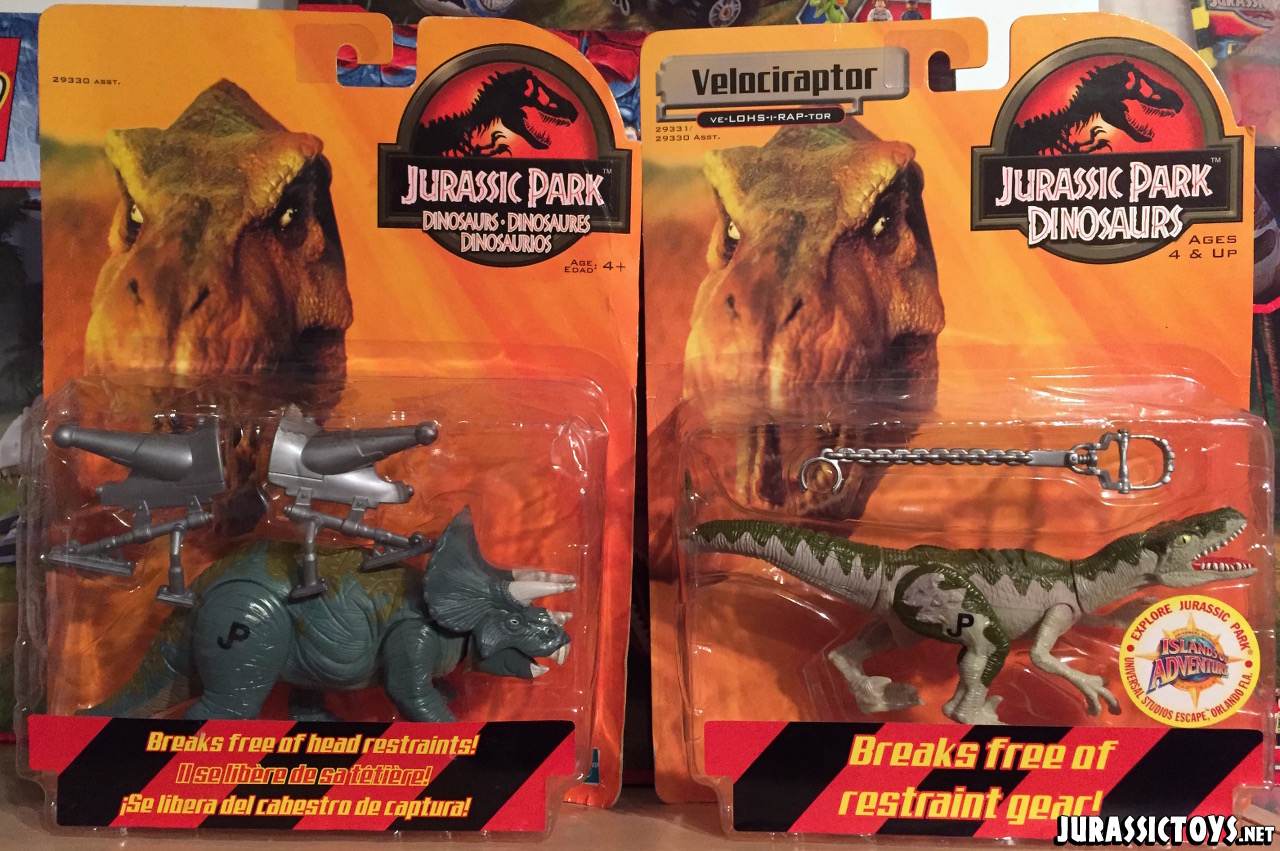 My latest eBay purchases are these two: Triceratops and Velociraptor from the 1999 Jurassic Park: Dinosaurs line.

I got them from 2 separate auctions and probably overpaid slightly, but you don’t find them MOC that often any more. These are actually my first MOC JP: Dinosaurs, because at that time I decided to invest in the older Jurassic Park toys that were never released here in Belgium, like the Gallimimus, Capture Cruiser and Utahraptor.

The Velociraptor is with its English-only packaging clearly part of the Walmart / Universal Studios release.  The Triceratops packaging however is slightly different and indicates this is an international release.  All writing is in English, French and Spanish and there’s no mention of the dinosaur name in the left corner.

I always kinda liked the packaging style. It’s similar to the The Lost World packaging, but uses orange instead of green, which better matches the Jurassic Park logo.

These are probably going to be my last JP: Dinosaurs purchases, unless they come really, really cheap…