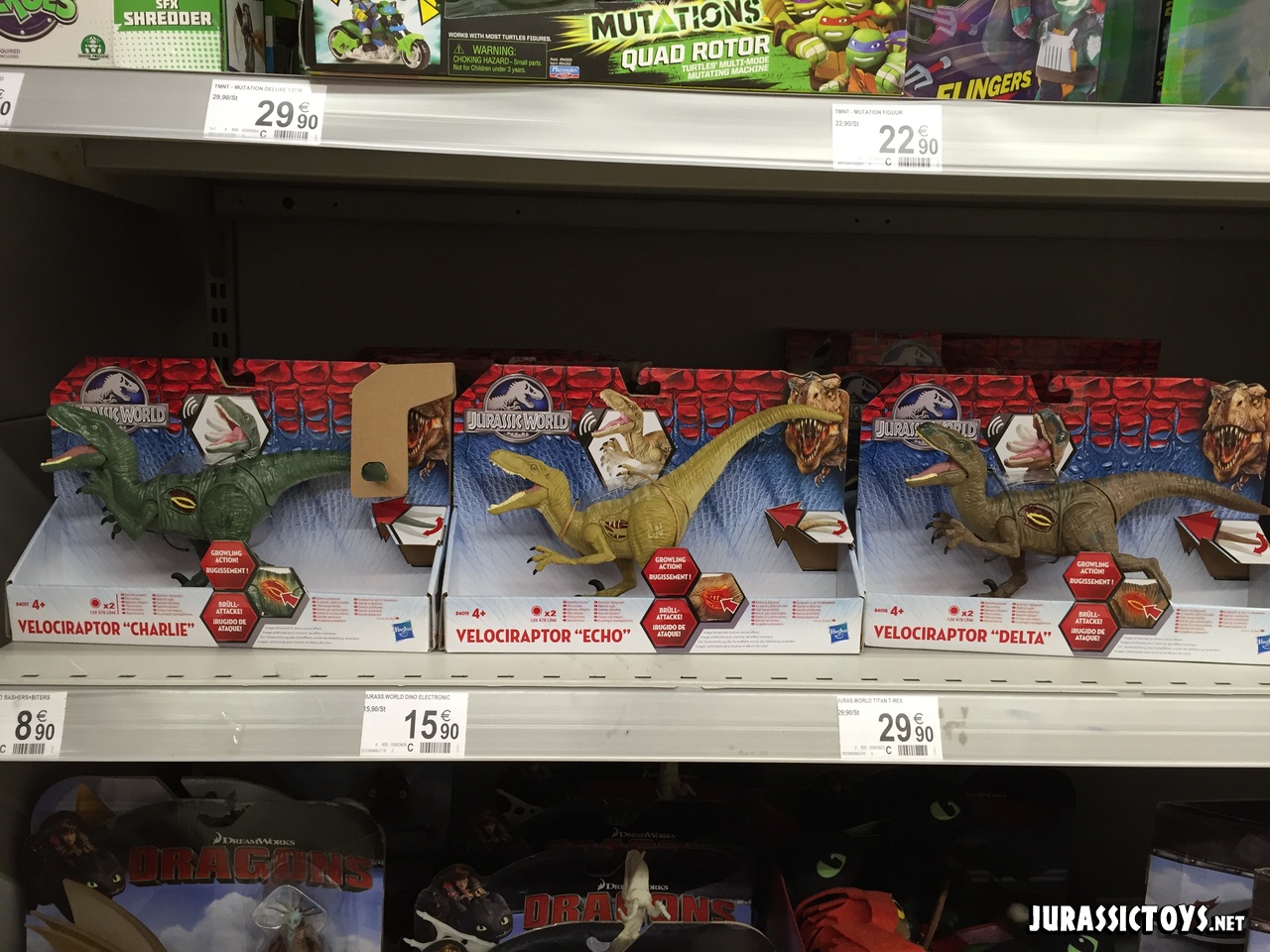 Today is the official release date of Jurassic World on Blu-Ray here in Belgium, and many countries around the world. I rushed to my local Carrefour supermarket (it’s our Walmart or Target) right after work to get my copy.

Right at the entrance there was a big stand for the Blu-Ray release with a huge Indominus Rex cut-out.

At the toy department I was very surprised to find the Jurassic World Matchbox sets… I hadn’t seen these before here in Belgium.

And even a bigger surprise were the Delta, Charlie and Echo Growlers!  I had no idea these were going to be released here in Belgium and they were pretty cheap too compared to the electronic Dimorphodon and Blue released months ago (15,90 EUR vs 20,90 EUR in the same store).

I bought all three Raptors and Jurassic World on Blu-Ray 3D which comes with one pack of JW Panini stickers and an entry form to win a trip to Universal Orlando. Pretty cool stuff!