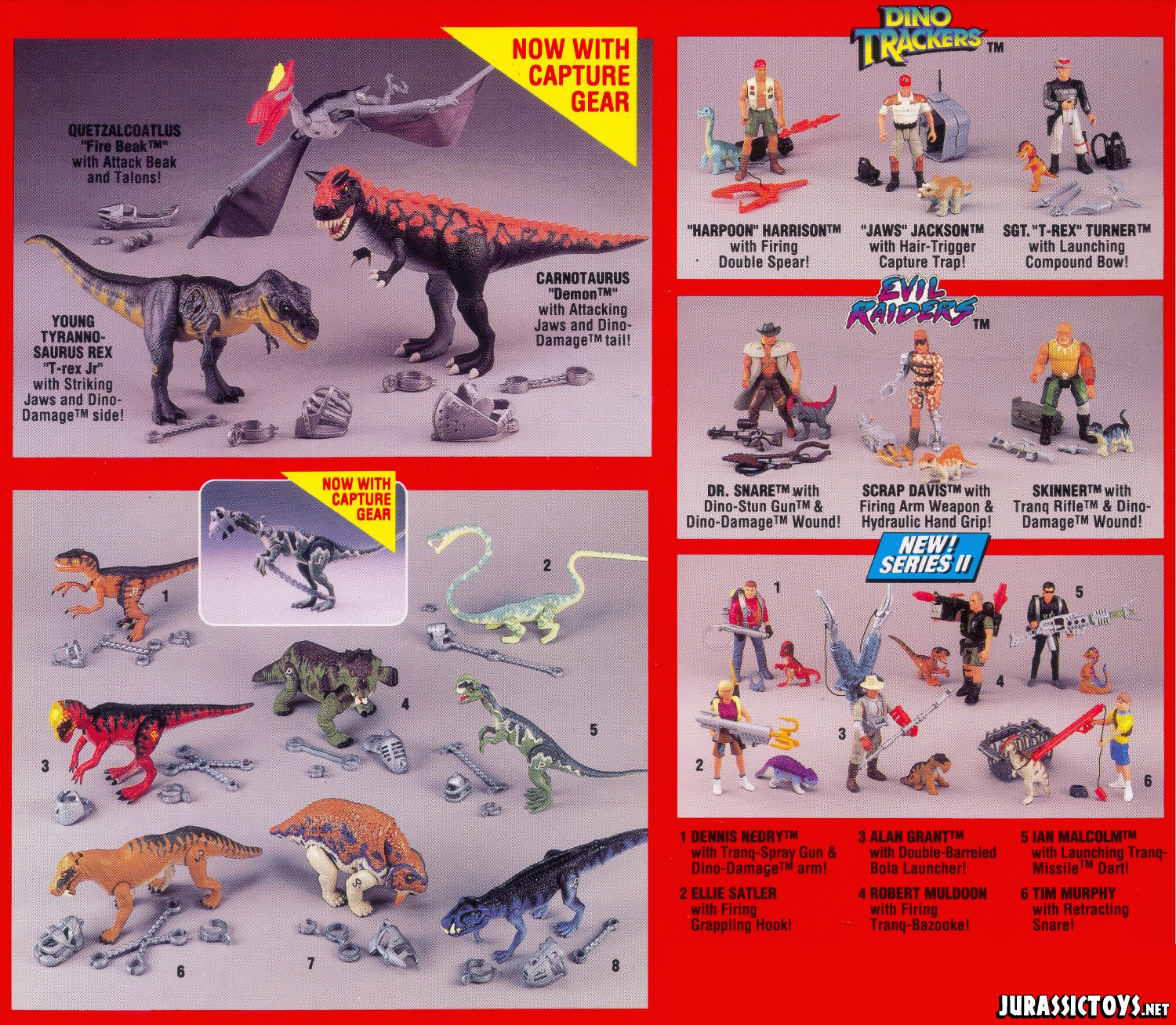 The Jurassic Park toy line proved very successful for Kenner, so they went ahead with a second line that featured more dinosaurs (many of which that were not attached to the movie), updated action figures to resemble the actors in the movie better and a whole new line of action figures called the Dino-Trackers (the good guys) and the Evil Raiders (the bad guys).

Kenner highlighted all of these new toys on the card backs and boxes of their Jurassic Park toys and included even some figures and dinosaurs that didn’t get released at that time. Ornithosuchus, Scutosaurus and Estemmenosuchus were eventually released in 1997 as part of the The Lost World toy line, but the (weird) Evil Raider Scrap Davis with his Hydraulic Hand Grip and Dimetrodon hatchling never made it out of Kenner production hell.