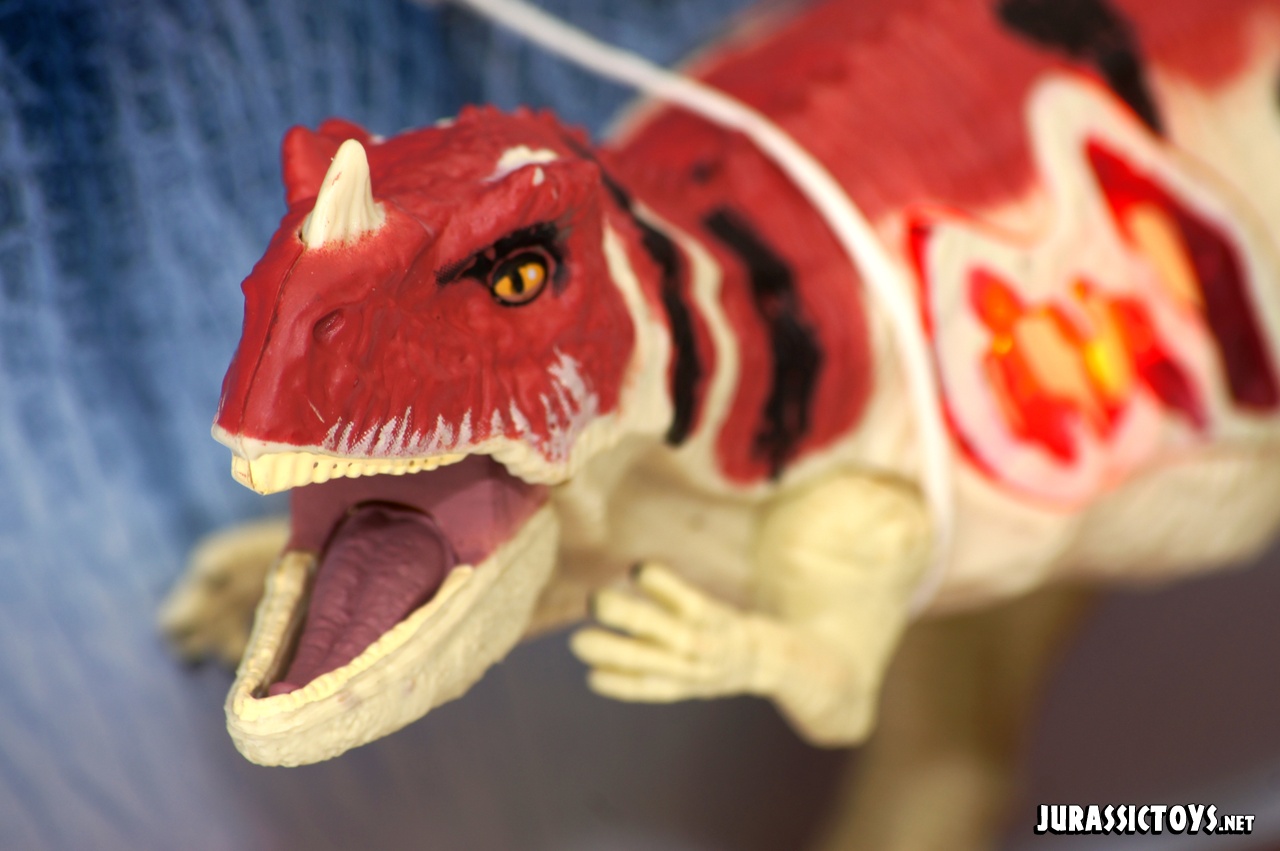 Many fans consider this Hasbro’s best effort and I kinda agree. It is a very cool looking toy, but it certainly has a few flaws.

The head sculpt looks really good, but the teeth are a big failure. It looks like a grandmother who isn’t wearing her dentures. By pushing down the tail, the Ceratosaurus will snap it’s mouth and growl. Unfortunately the toy I got in the mail last week does not snap. Since it’s too much of a hastle to send it back the States, I got my money back and could keep the defective Ceratosaurus.

Like all other Growlers the wound on the side will light up and trigger another sound effect when pushed.

Ceratosaurus is in my opinion definitely one of the better dinosaurs in the Jurassic World toy collection, even with its flaws.

What is your favourite JW dinosaur toy?