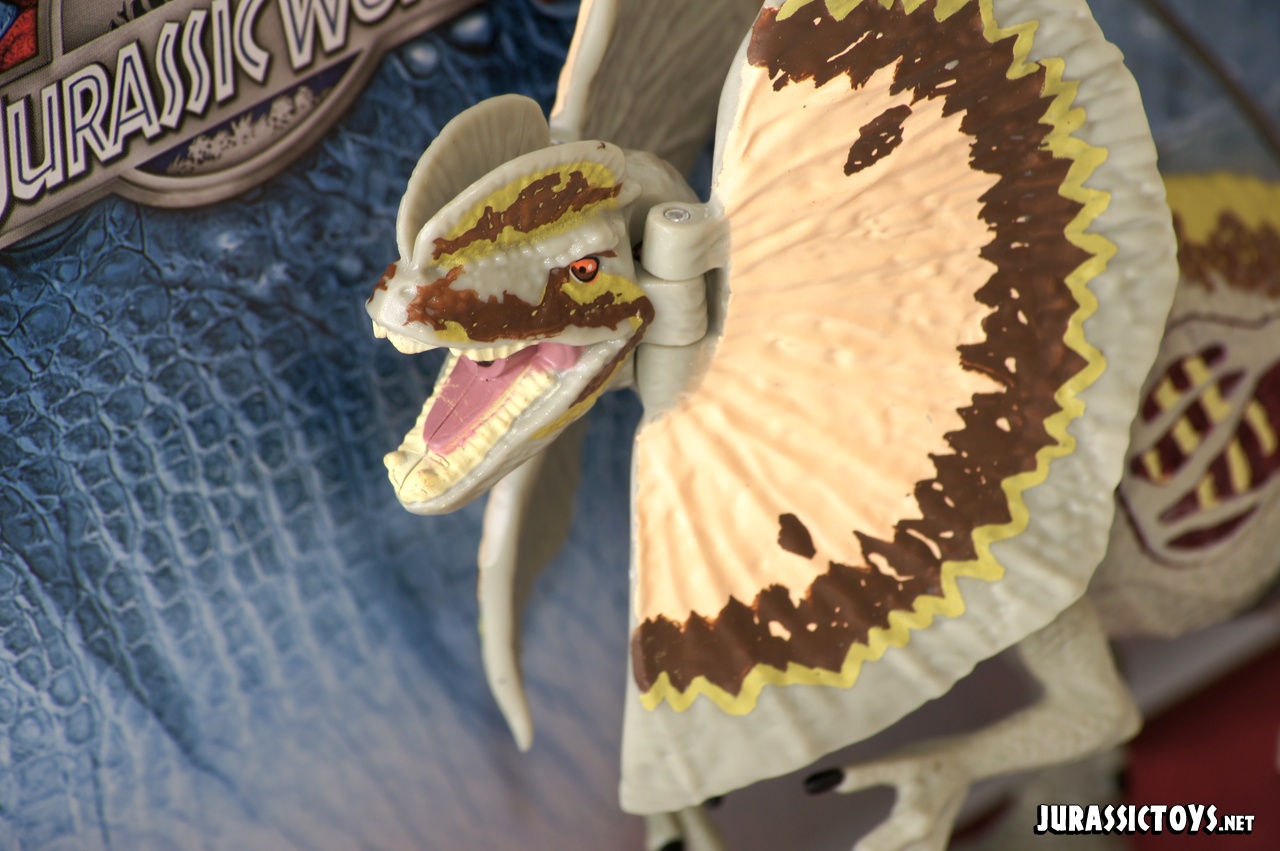 Dilophosaurus is one of my favorite Jurassic Park characters. I see her as the Boba Fett of the Jurassic Park Cinematic Universe. Unfortunately she only appeared in the first movie and had a small cameo in Jurassic World. But that didn’t stop Hasbro from producing different toys based on Dilophosaurus since 1993.

Thanks to that small cameo, Hasbro went ahead with a whole new sculpt for their Growlers line.

The paint job is definitely way too pale for my taste. It doesn’t represent the original colors as seen in the first movie. The Jurassic Park III toy version of Dilophosaurus does a much better job.

The head sculpt and claws are almost spot on. The body looks a bit too bulky to me, but the shape of the frill looks better compared to the older toys.

Like all other Growlers there’s a wound on her side which glows up (still haven’t figured out why) and triggers the typical Dilophosaurus hooting sound. A growling and spitting sound can be triggered by pushing down the tail which will propel the head and frill forward. This will also launch the venom projectile when it’s inserted in the mouth.

The biggest downside about this toy (and all other JW dinosaurs) are all the screws, the opening for the sound speaker and the hinges on the frills. It feels less organic and finished compared to all the other dinosaurs produced by Hasbro (ever).

Yet I’m really glad they decided to produce a new Dilophosaurus. It’s not perfect but does stand out mostly due to nostalgic reasons…