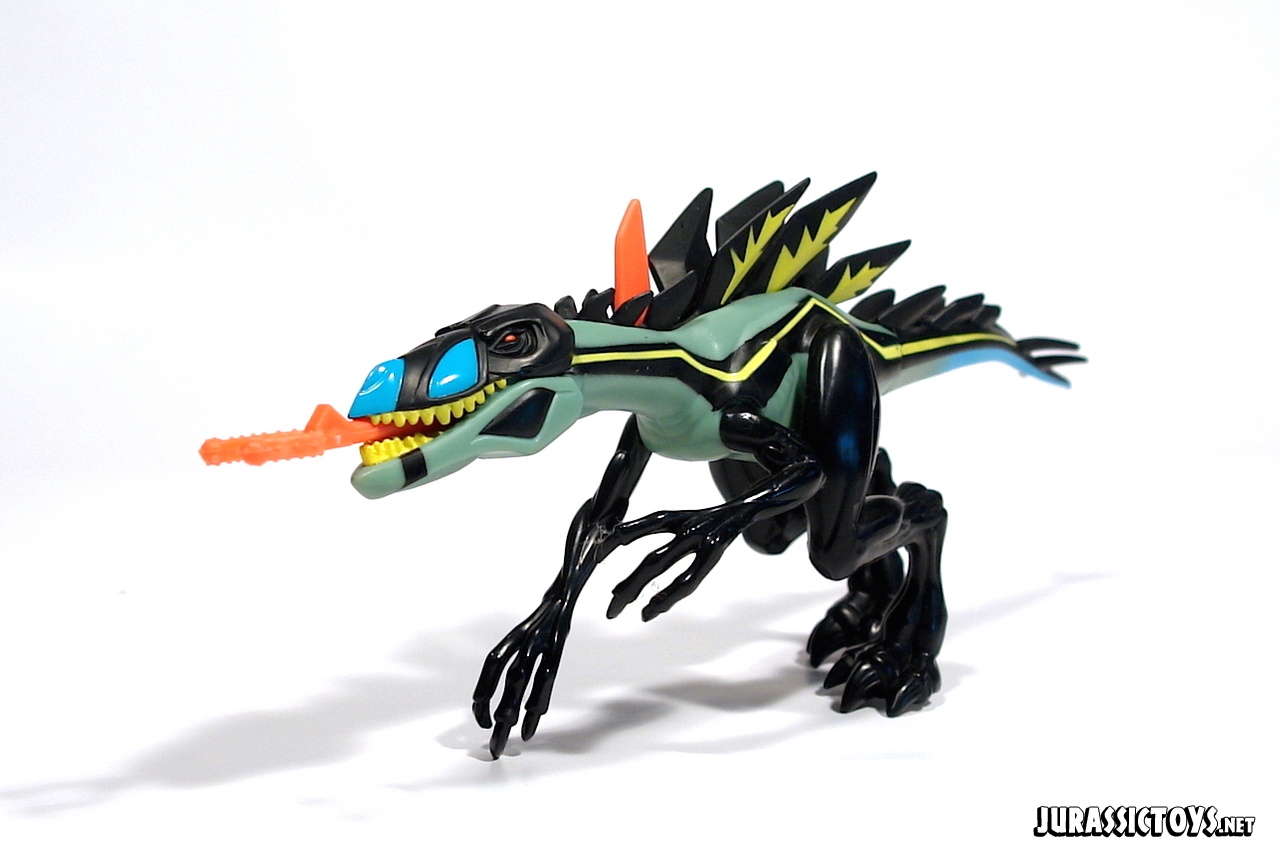 Compstegnathus is part of the Chaos Effect line which was released in 1998 after the succes of The Lost World: Jurassic Park. It featured hybrid dinosaurs that were created by mixing the DNA of different species (Jurassic World anyone?). The design of most new sculpts look very sleek, smooth and very colourful. It’s rumoured there was supposed to be a Chaos Effect animated television series, which might explain the cartoon-like look of this toy line.

Some of the dinosaurs in this toy line are repaints, but Compstegnathus is one of those new sculpts. According to the package, it’s a hybrid of Compsognathus, Stegosaurus and an African tree frog.

Although it’s based on a Compstognathus, it reminds me a lot of a Velociraptor. The colors of Compstegnathus look really cool using lots of black, yellow and blue.

By sliding the orange spine on its back to the front, the Compstegnathus sticks out its split tongue which can grab a Jurassic Park action figure or small dinosaur. By pushing the orange button next to the spines, the tongue will shoot back in.

Compstegnathus is definitely one of my favourite Chaos Effect toys.