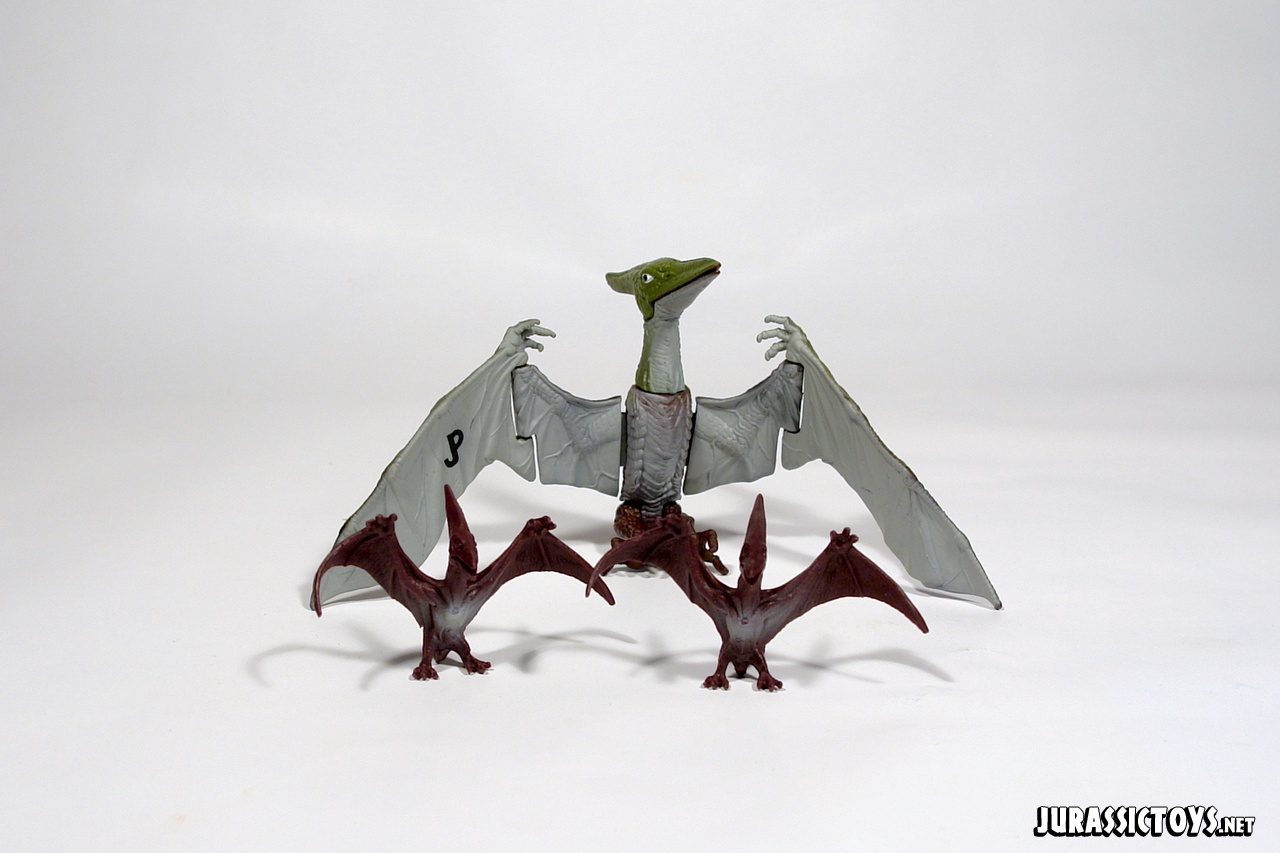 This Pteranodon is part of the Jurassic Park: Dinosaurs toy line from 1999. In fact it’s one of the few I own from that line and it’s not even in its package (I’m a vivid “mint in box” collector). It came with a big lot I purchased years ago.

So obviously the big Pteranodon is a repaint of the Jurassic Park series I version. It sports a weird dark brownish with green and creepy bright white eyes. The inside of the left wing features the JP logo (if it’s not Jurassic Park, it’s extinct).

The Pteranodon functions are identical to its 1993 cousin: a snapping jaw and flapping wings by pushing the button on its back. And yes, the wings are still too heavy to have them flap decently.

The hatchlings come from the The Lost World: Jurassic Park Nick van Owen set. They are brown with a touch of spray-paint white on their stomaches.

Definetely not my favourite Pteranodon out there. Thoughts?